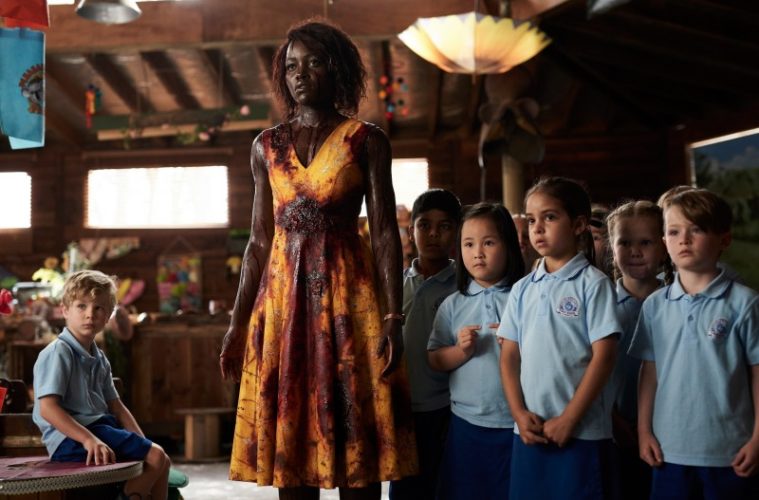 Premiering at Sundance Film Festival, Abe Forsythe’s Little Monsters sets Lupita Nyong’o, Alexander England, and Josh Gad on a school trip soon to be infested by a zombie outbreak. Packing a great deal of humor to go along with the blood, the film certainly owes a bit to Shaun of the Dead, but is a fun-enough horror-comedy. Ahead of a release in the UK and Ireland this November, the first trailer has now arrrived.

I said in my review, “With only a few moments of action, Forsythe is more keen on seeing the dynamics of his characters play out, particularly in providing a too-obvious arc of redemption for Dave as confronts his own selfishness. With that said, the sight of Lupita Nyong’o singing Shake It Off while playing a ukelele or chopping off zombie heads with a shovel is more than worth the price of admission.”

Update: Little Monsters will hit Hulu in the U.S. on October 11. See the new trailer.

One thing none of them bargained for, however, is a sudden zombie outbreak. Will Dave rise to the occasion and have a chance at Miss Caroline’s heart, or will the zombies get there first?