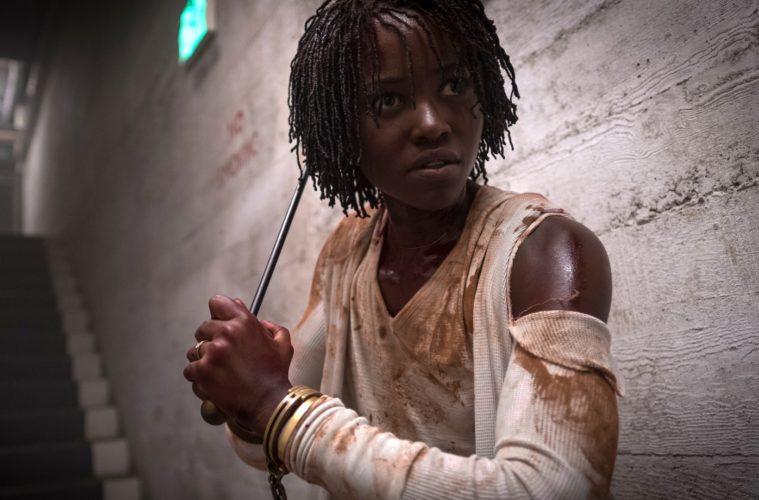 With the elongated awards season behind us, it’s time to turn our attention to the 2019 cinematic offerings and this month is a doozy. Featuring some of the greatest films we saw on the festival circuit in the last year as well as a few hugely promising new releases, it’s a varied, impressive slate. There’s also one film that I full-heartedly despised and couldn’t bear to mention, but other writers here feel on the other end of the spectrum, so it should at least provoke some heated discussion this month.

Considering the breadth of films that arrive at the Toronto International Film Festival, a few gems can get lost in the shuffle. One to highlight as it opens this spring is Keith Behrman’s Giant Little Ones, which affectingly explores the damage of homophobia in a small town community. Starring Josh Wiggins, Maria Bello, Kyle MacLachlan, Darren Mann, and Taylor Hickson, Jared Mobarak said in his review, “Writer/director Keith Behrman knows exactly what he’s doing when introducing a variety of people along the sexuality spectrum in his latest film Giant Little Ones. He’s intentionally flooding his canvas so that we have no choice but to accept them all rather than turn our focus onto just one. There’s no room for token characters anymore, the real-life disparity between heterosexuals and homosexuals closing as each year passes. So Behrman looks to represent that change on the big screen by giving his lead (Josh Wiggins’ Franky Winter) a trans friend (Niamh Wilson’s Mouse), a gay father (Kyle MacLachlan’s Ray), and a gay teammate on the swim team (Carson MacCormac’s Michael). He surrounds Franky with non-cisgender characters to love, resent, and accept each for different reasons that transcend compassion.”

After crafting a pair of the most impressively-written B-movie genre blasts in recent years with Bone Tomahawk and Brawl in Cell Block 99, S. Craig Zahler returns with Dragged Across Concrete. Starring Vince Vaughn and Mel Gibson as detectives who, when faced with a public outcry after police brutality, enter a criminal underworld. Leonardo Goi said in his review, “Anyone transfixed by the hyper-stylized meathead triumph of blood and violence of Brawl in Cell 99 should be warned. Dragged Across Concrete, S. Craig Zahler’s third feature, is comparatively much tamer than his 2017 prison drama. But where the new entry lacks in bloodshed and bone-splintering violence, it still confirms Zahler’s penchant for complicated characters, and conjures up a bad cops action movie which, despite blips in tension and a second half far superior to the first, crystallizes Zahler’s as a key name to watch for lovers of the genre.”

Joel Potrykus, director of the brilliant Buzzard, returns this month with Relaxer, which sets up the Y2K-set scenario of a man faced with the challenge of beating an impossible level of Pac-Man before he can get off his couch. Taking the challenge deadly serious, what follows is an unsettling yet inventive journey that only a filmmaker like Potrykus could pull off so precisely. John Fink said in his review, “It’s these type of scenarios that are all over Relaxer, an unsettling and unapologetic comedy of untold horrors. A borderline masterpiece of “what the fuck” insanity, films that are simultaneously this absurd and this watchable are a feat. And after the disappointment of The Alchemist Cookbook, this is an excellent bounce back.”

After earning an Oscar for Son of Saul, director László Nemes is back with another Hungarian Academy Award entry with Sunset. Following its premiere at Venice and TIFF, the story of a woman in 1913 Budapest as she confronts those in a town that won’t let her take her own path will get a release this month. Rory O’Connor said in his review, “As with any righteous character coming up against unfathomable power, it proves a rather unsafe ride. Like Son of Saul, we follow her every movement and Nemes’ Dantean tendencies soon turn Sunset from sumptuous period piece into an escalating nightmare where horrors lie in wait around every corner. Though this dizzying sense of imminent violence is what Nemes does best, some viewers may be put off by how Sunset uses rape in service of what could cynically be described as a thrill ride, à la Son of Saul used the horrors of Auschwitz to similar ends.”

On July 16, 1969, Neil Armstrong, Michael Collins, and Buzz Aldrin embarked on a historic lunar odyssey, successfully landing on the moon and then returning to Earth. Free of talking heads, reenactments, and newly-recorded narration, the new documentary Apollo 11 takes viewers on this nine-day journey, constructed from astounding, never-before-seen 65mm Panavision, 35mm, and 16mm footage, as well as audio culled from over 18,000 hours of tapes. A perhaps initially unintended result when NASA handed over this remarkably pristine footage to director Todd Douglas Miller, his documentary is also a fascinating time capsule of this specific era. Continue reading my full review.

Following This Is Not a Film (2011), Closed Curtain (2013), and Taxi (2015), Jafar Panahi’s fourth film made under his ban premiered at Cannes Film Festival and is now coming to theaters. 3 Faces follows Behnaz Jafari and Panahi who investigate a troubling message from an aspiring actress. Giovanni Marchini Camia said in his Cannes review, “The director’s characteristic humanism and rejection of easy judgments suffuses the film with sincere empathy – refreshingly, he acknowledges his own role in the entrenched patriarchal culture he’s critiquing, both as a man and film director. As such, when 3 Faces closes on a bittersweet note, the hopeful gesture of its closing image feels neither cheap nor unearned.”

One of the very best documentaries we saw on the festival circuit last year was Combat Obscura, which premiered at last year’s True/False Film Festival. The film comes from Miles Lagoze, who took footage he shot as a Marine combat camera operator in Afghanistan, as well as videos taken by his comrades, and edited it all into a brisk, intense hour of war vignettes. Dan Schindel said in his review, “Combat Obscura sinks deeper into darkness as it progresses, as the utter pointlessness and futility of America’s presence in Afghanistan overwhelms the troops. While we are initially invited to empathize with the Marines, their jokey comradery gives way to vicious menace. There is no apparent mission, just a loop of injuries and reprisals against an amorphous outside threat.”

Harmony Korine’s long-awaited return after 2012’s Spring Breakers, The Beach Bum will make its world premiere at SXSW and thankfully arrive quite soon in theaters. Led by Texas’s own Matthew McConaughey, he stars as the rebellious and lovable rogue Moondog as he partakes in misadventures. Also starring Isla Fisher, Snoop Dogg, Zac Efron, Jimmy Buffett, Jonah Hill, and Martin Lawrence, the film is shot by Benoît Debie (Enter the Void, Spring Breakers) and will hopefully be a hazy, drug-fueled, entertaining experience that may make a fitting double feature with Inherent Vice.

Premiering a year ago at the Berlin International Film Festival, An Elephant Sitting Still is an impressive four-hour epic, the directorial debut drama from the late Chinese filmmaker Hu Bo. Our own Zhuo-Ning Su caught Elephant in Berlin (full review) and touched on the tragic loss of the film’s director and how his legacy should impact audiences: “It cheapens the creativity of the filmmaker to say that the writing’s on the wall (Hu took his own life last October after finishing Elephant), but it would also be disingenuous to not notice the real struggle underlying this four-hour epic. In any case it’s a terrible waste to lose such a remarkable, uncompromising voice in today’s government-censored, market-dictated Chinese cinema – let alone at just 29 years of age. One can only hope that this film which, for all its overt and emphatic bleakness did not end on a tragic note, could offer some sense of solace to its audience, even if it had not been enough for its brilliant maker.”

After crafting a number of compelling film history-related documentaries (not to mention heading up the New York Film Festival), writer-director Kent Jones made his narrative feature with the tender character study Diane. Executive produced by Martin Scorsese and starring Mary Kay Place,  John Fink said in his review, ‘The narrative directorial debut of film scholar, curator, and documentary filmmaker Kent Jones elicits an awful lot of anticipation. Often, first features contain raw emotions and boundless pent-up ideas often toned down in future efforts. Diane, written and directed by Jones, is an observant and nuanced dramas which feels closer to the emotional truths of Kenneth Lonergan and Angus MacLachlan than the formal flair of Scorsese and Hitchcock.”

One of the most gorgeous experiences I had in a theater last year was Khalik Allah’s moving visual poem to his past and motherhood, aptly described as “part film, part baptism.” Jason Ooi said in his New Directors/New Films review, “Comparisons of Black Mother to cinematic poetry are apt, but it’s harder to pinpoint than that, more aptly described in relation to sound or music–free-flowing jazz, fluidly connecting otherwise inconceivable strands of culture, politics, and history in Jamaica. The faces shown rarely match the soundscape and the audio and visual components of the film seem to operate parallel to each other. Words, in this case, fill in what traditional scoring tries but often fails to accomplish.”

After his Oscar-winning Get Out became a cultural sensation, Jordan Peele returns this month with a new thriller, Us. Starring Lupita Nyong’o, Winston Duke, Elisabeth Moss, and Tim Heidecker, the story follows a family trip to the beach gone wrong. Set to open SXSW next week, we’ll get the first reactions soon of the frightening-looking horror feature and it’ll arrive in theaters by the end of the month. With influences including Dead Again, The Shining, The Babadook, It Follows, A Tale of Two Sisters, The Birds, Funny Games, Martyrs, Let the Right One In, and The Sixth Sense, Peele looks to be honoring the past while injecting his own forward-thinking voice.

The director with the most insightful eye on contemporary China, Jia Zhangke is returning this month with a new epic Ash Is Purest White. Following Zhao Tao’s character on a decades-spanning journey of crime, romance, and reflection, in a rare A-grade review, Rory O’Connor said at Cannes, “There are few filmmakers with Jia’s ability to convey scales both physical (simply filming his actors walk past some soulless mega-structure or vast landscape) and existential (focusing on small shifts in his characters’ relationships as tectonic shifts seem to be taking place simultaneously in those same characters’ society).”

While he reached international acclaim with Barbara and Phoenix, Christian Petzold’s filmography is full of rich, enigmatic genre riffs that delight with suspense and emotion. His latest film, Transit, is no different. The story centers on Georg (Franz Rogowski), an escapee of a concentration camp who flees Paris just as the Nazis march in. The film depicts his few weeks in the French port city of Marseille before his final trip out of the continent. Despite the film taking place during the era of the Second World War, Petzold boldly decides to ignore the historical setting, costume- and production-wise, rather having the feel of the present day. Ed Frankl said in his review, “It’s an engrossing, uncanny and somewhat disturbing film, and completes something of a trio of historical melodramas after Barbara and his worldwide hit Phoenix, but develops the themes of those in an adventurous, if oblique, way.”