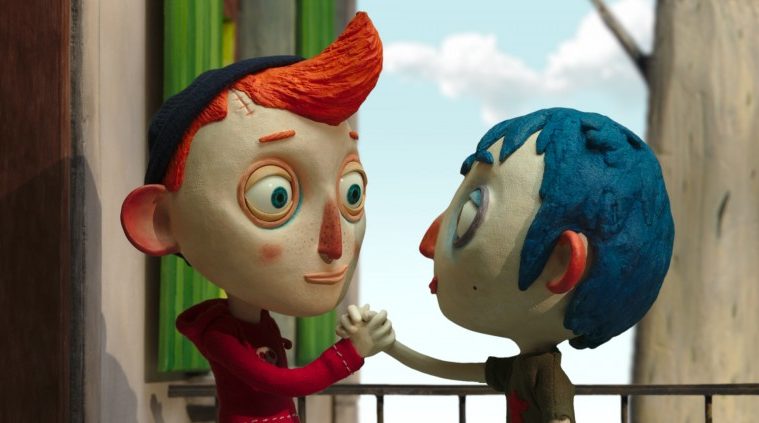 U.S. Trailer for ‘My Life as a Zucchini’ Brings Death, Depression, and Healing

Following its Cannes premiere, My Life as a Zucchini emerged as one of the most acclaimed animated films of the year, selected as Sweden’s Best Foreign Language Film entry at the Oscars, as well as making the Academy Awards shortlist of nine films for Best Animated Film, not to mention a Golden Globe nomination for Best Animated Film.

Even if you don’t care about the awards hoopla, I can confirm it’s definitely one to see out. Directed by Claude Barras and scripted by Céline Sciamma (Girlhood), it tells the story of a boy who becomes orphaned after accidentally killing his alcoholic mother. Fear not though as it’s not as depressing as that logline suggests, with Barras crafting a deeply felt tale of healing, even if it feels a tad too short at just over an hour.

We said in our review, “Orphanages conjure up images of the hard-knock life and servings of gruel. This tough, deeply moving, Céline Sciamma-penned, 66-minute stop-motion gem from France shows the flipside. Sure, harsh realities are inevitably encountered — sometimes in a more uncompromising fashion than you’ll ever see in what is ostensibly a children’s film — but Claude Barras’ feature-directing debut has heart enough to show.”

After his mother’s sudden death, Zucchini is befriended by a police officer, Raymond, who accompanies him to his new foster home, filled with other orphans his age. At first he struggles to find his place in this at times strange and hostile environment. But with Raymond’s help and his newfound friends, Zucchini eventually learns to trust and love, as he searches for a new family of his own. Brought to life through striking character designs and expressive stop-motion animation, the story soars with laughter, sorrow, and joy, and stands as a testament to the resilience of the human heart. Beginning with its debut at Cannes, the film has stirred up an overwhelming response on the festival circuit, taking home top jury and audience prizes at Annecy, Melbourne and Angoulême, as it prepares to melt hearts in North America with its premiere at Toronto.

My Life as a Zucchini opens on February 24 and will expand in March. Most theaters are showing both version, so check out the list here.