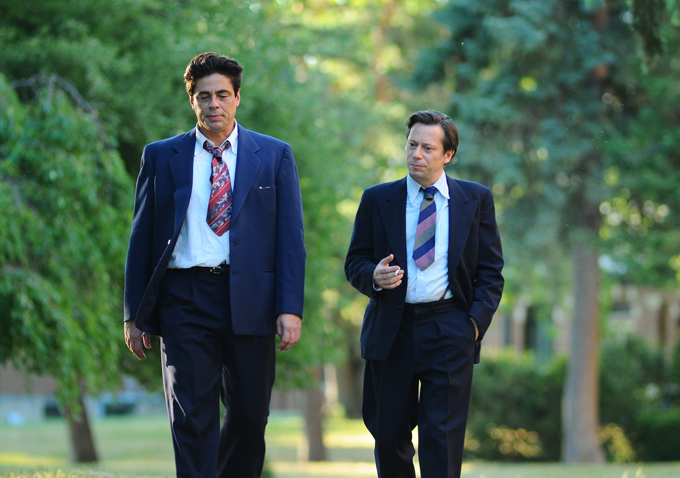 After his acclaimed 2008 drama A Christmas Tale, director Arnaud Desplechin returned to Cannes last year, reteaming with Mathieu Amalric for the drama Jimmy P: Psychotherapy of a Plains Indian. Featuring Amalric playing a psychotherapist who works to heal Benecio Del Toro‘s titular character, a Blackfoot Indian who is suffering from post-traumatic stress after World War II. The drama is finally landing next month and we’ve got the first trailer.

We’re weren’t fans of it at Cannes, saying in our review, “It’s a bit reminiscent of something like The King’s Speech, which also focused on the relationship of therapist and patient, albeit in completely different circumstances. The problem with Jimmy P. is that despite being intensely focused on the relationship between these two characters, the film never really amounts to much and feels meandering and dull.” The first trailer sells a somewhat interesting drama, so if it’s up your alley, check it out below.

Arnaud Desplechin’s extraordinarily intelligent and moving adaptation of Georges Devereux’s landmark work of ethnographicpsychoanalysis stars Benecio Del Toro as the titular Jimmy P, a Blackfoot Indian and World War II veteran suffering from what initially seems like severe posttraumatic stress, and Mathieu Amalric as Devereux, a Hungarian Jew who reinvented himself many times over before coming to the US to study Mohave Indian culture. Both actors are at the top of their game and their interaction makes the best case for the “Talking Cure” ever depicted in a fiction film.