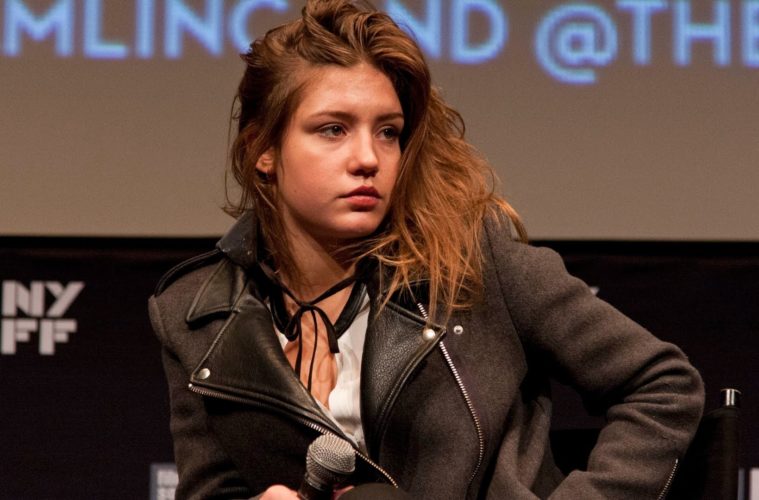 Portraying one of the most affecting relationships of the year, Abdellatif Kechiche‘s Adèle Exarchopoulos– and Léa Seydoux-led drama Blue Is The Warmest Color took top honors at Cannes and, following a fall festival stint, it’ll slide into theaters at the end of the month. While the coming-of-age romance-drama runs just about three hours, it looks like more is in store: speaking at a New York Film Festival press conference last week, Kechiche said that the final cut of the film will actually be “about forty minutes longer than this one,” which we can likely expect to see on home video.

With the French title of La vie d’Adèle – chapitre 1 & 2, many also wouldn’t be surprised if a follow-up is in store. When posed with the question, he said, “I like this character very much and when I thought about her and imagined her and worked on her, I thought of her far into the future — In fact, in terms of an advanced age and going through various stages and various experiences in her life, so I very much would like to keep creating this character, or advancing with this character. I can’t make a 20 hour movie, so, yes, I would like to come back to it and continue. Of course that’s in an ideal world. I don’t know exactly what’ll happen.”

While we’ll have to wait and see, we’ve also got a new trailer for the film coming from the U.K., where the drama bows on November 22nd. A mix of the original French trailer, using Lykke Li‘s I Follow Rivers, and the press quotes from U.S. trailer, there’s also a bit of new footage. Check it out below, along with the full New York Film Festival press conference.

Blue is the Warmest Color hits theaters on October 25th, 2013.

Would you like to see more from this story, either in an extended edition or follow-up?