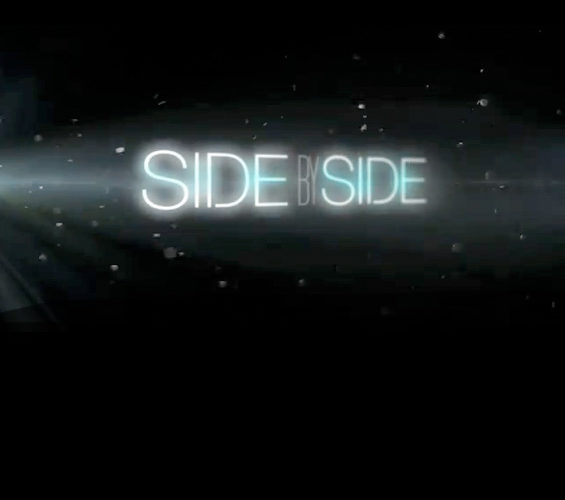 [Tribeca Review] Side By Side

As someone who grew up knowing Keanu Reeves as one half of the dopey dude Bill and Ted duo – of Bill & Ted’s Excellent Adventure and Bogus Journey – it was strange to imagine him attempting to tackle the ever-sprawling debate of photochemical film versus digital. But really, he’s the perfect guide for a journey through this complicated issue, both as the face of The Matrix, which questioned what is real and what is a construct of a computer, and as an actor whose had to adapt to the different workflow that digital demands. Plus, his infinitely-relaxed persona effortlessly sets each of his interviewees at ease, allowing for a frank and eye-opening conversation about the pros and cons of film and digital filmmaking.

In this incredibly comprehensive and thoughtful doc, Reeves sits down with a long line of heralded filmmakers, editors, cinematographers, colorists, special effects creators and actors to unfold what the differences are between these two forms of filmmaking, as well as what the evolution of the latter means for the former, and for cinema itself. The array of luminaries alone should be enough to attract cinephiles, boasting big name directors like James Cameron, George Lucas, Danny Boyle, Martin Scorsese and Christopher Nolan. But equally insightful are subjects like Anne V. Coates, who edited the 70mm film Lawrence of Arabia and has since transitioned to digital editing, and Anthony Dod Mantle, who shot the groundbreaking Dogme film The Celebration and won an Oscar for his work on Slumdog Millionaire. Each talking head offers a unique perspective into this discussion. And while Reeves is the face and producer, it is the doc’s writer/director Christopher Kenneally who shapes this sharp exploration of cinema’s latest controversial innovation, constructing a sensible flow out of what could easily be cacophony. First, Kenneally explains the technical differences between photochemical film and digital recording devices, detailing with easy-to-follow graphics how images are captured and developed in each. From there, directors and cinematographers talk subjectively about the aesthetic differences between the two forms, with some squarely pro-film (namely Nolan and his director of photography Wally Pfister) and some devotedly pro-digital (Lucas, Cameron and Robert Rodriguez). Dynamic range, resolution, color and texture all come into play, but Kenneally is sure to breakdown each bit of lingo so those who haven’t gone through film school can still appreciate what’s being discussed. Just as mindfully, Kenneally charts the evolution of digital devices involvement in film, moving from digital editing, to color processing and sound, with digital cameras proving the final frontier for conversion. From there, Kenneally and Reeves explore how digital cameras have changed the workflow on set, and how that affects the crew, the cast and thereby the film itself. It’s an incredibly ambitious effort pulled off with remarkable charisma and aplomb.

With so much information surmised with such care, Side by Side is a must-see for movielovers and is sure to become required viewing for film classes. Yet, this is no stodgy educational doc. For while it is jam-packed with the kind of perspective and facts that would require multiple views to properly retain, what makes Side by Side all the more extraordinary is that its wonderfully entertaining. The entire project is infused with a vibrant energy because these craftsmen and women are discussing their life’s work as well as its innermost workings and majesty. Scorsese practically giggles as he marvels at the possibilities digital filmmaking opens up, while Boyle can’t sit still as he explains how 28 Days Later‘s critical opening could never have been captured were it not for digital cameras. Plus, peppered with such grandiose quotes as Lucas’ insistence that “film is dead,” to Pfister’s declaration, “I’m not going to give up my oil paints for crayons,” Side by Side is sure to spark debate. And thanks to Kenneally, it’s a debate that’s now been demystified, allowing all movie fans to weigh in with confidence.