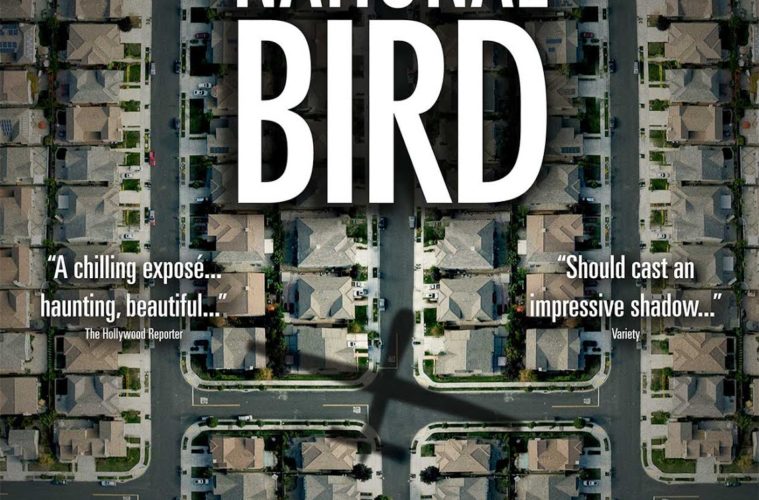 Calling for a national conversation that we ought to be having on the use of lethal force, National Bird considers all sides of the program, from those pulling the trigger from remote facilities to the collateral damage on the ground. Directed by Sonia Kennebeck, National Bird tells three interconnected stories, some of which are linked by defense attorney Jesselyn Radack, famed for her work with whistleblowers including Edward Snowden.

Heather is a combat vet and drone pilot who finds herself in an uncomfortable position: unable to get the help she needs, she speaks out, finding herself branded a traitor when she makes certain unclassified information public about the drone program. Suffering from PTSD, she finds herself in an unfortunate maze when she seeks mental health services. She can only talk to a counselor with a security clearance and she can only talk with one of those approved for services through the VA.

Daniel is more or less a whistle blower, although he does at a certain point modulate what he reveals to Kennebeck on camera regarding certain programs and operational intelligence. Lisa, on the other hand, goes the extra mile to understand the situation on the ground. A former drone operator herself, she (and the film) go to Afghanistan to put a face to the collateral damage. The fiction that drones offer pinprick precision is debunked through buried declassified images that force operators to make difficult calls on use of force.

Recent narrative films have chronicled the use of drones, from Gavin Hood’s recent Eye in the Sky (which offered a kind of geopolitical satire) to Andrew Niccol’s Good Kill, also about the personal effects of Americans fighting what had been sold as a sanitary war. As Heather recalls, surveilling targets for days on end doesn’t help operators when they’re given precise orders from command. Alex in particular had orders ignored in a simulated sequence recreated from a transcript of the strike.

VA reforms do eventually offer help to Heather, although it might be too little too late with records that are decentralized. (Her story mirrors that of the women featured in Kirby Dick’s Invisible War who also go to VA for help for injuries sustained in sexual assaults, not in the battlefield.)  Lisa’s attempts at understanding provide a vital cautionary message from the front lines, while Daniel reveals there’s more to the story than what we’re being told.

The documentary, executive produced by Errol Morris and Wim Wenders, offers an important national and global conversation on use of force as well as the true cost of a standing military. Mixing talking heads and on-the-ground footage, National Bird is a vital film about the true cost of war, well-reported by Kennebeck.

National Bird screened at the 2016 Tribeca Film Festival and opens on November 11.