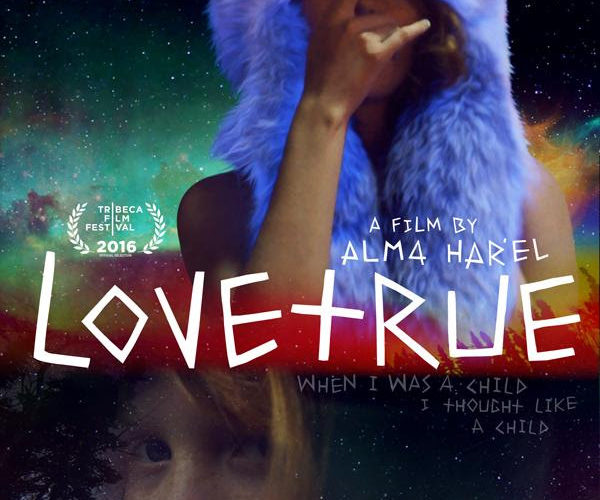 The driving motivation of almost any story — whether it be for a person, an object, or an ideal — love has been interpreted and reflected through countless machinations across the history of cinema. For her latest feature, LoveTrue, director Alma Har’el, attempts to convey a definition of the word by focusing on three distinctly different depictions of love across the ends of America. Thanks to the sensual approach of its cinematography, the result is a warm and formally bold look at what love can mean beyond its initially fantastical promise.

In Alaska, we meet Blake, a young woman who’s been a stripper (only ever referred to as “dancing” by her) since she felt worshipped for the first time in her life. In each story, Har’el captures the youth of our subjects through recreations featuring both a younger depiction of our character and their current selves in the same scene. For Blake, we can see how she was mercilessly bullied on the bus as a kid, still yearning for love and attention today. She finds it with Joel, an equally good-hearted man who suffers from a disease in which his bones are fragile as glass. Har’el beautifully — and tragically — depicts this push-and-pull between Blake’s career choices and the roadblocks in leads to her romantic life, offering genuine moments of heartbreak as we get insight into how difficult it can be for her to move towards another phase in life.

We then travel to Hawaii, where we meet Coconut Willie, a free-spirited young man who makes a living from growing what his first name suggests and finds true elation when he’s attempting to conquer one of the most dangerous waves on the island. He’s also dedicated to caring for his two-year-old son, but a certain revelation finds his love shifting in unexpected ways. Along with using aforementioned recreation, Har’el also injects home-video-style footage with subtitles that are presumably for a voice-over we don’t always hear, giving the film a homespun aesthetic to further elasticize the timeline of our characters’ respective journeys.

Rounding out the trio of stories is Victory, a teenager from New York City who has been forced into the role of matriarch for her large family after her mother left upon learning her father was having an affair. Utilizing their musical talents, the family performs across New York City — most notably in Central Park — to earn money and spread the gospel. It’s the most scattered of the stories, and there’s poignant emotion when we see how Victory’s siblings receive the love she gives — but when it comes to her father, the execution of a reenactment about his separation feels vaguely sketched, with only hints of how visible familial love has a much more troubled backstory. As Har’el’s camera swirls through the oceans of Hawaii, the neon-lit strip clubs of Hawaii, and the elevated tram cars of New York City, she brings a sensuality to her imagery not often seen in the documentary form and finds an ideal match in Flying Lotus‘s ethereal score, which features a mix of heavenly strings and drawn-out drone beats. In the few times when Har’el attempts to conjure drama through interviews where she interjects, however, that feeling is unfortunately lost.

“Why can’t we make a movie about good things?,” Coconut Willie poses to the camera upon reflecting on the difficulty of his most important relationships. In LoveTrue, Alma Har’el astutely and evocatively recognizes that it is only through grappling with this demanding, darker side of love that one can discover a place of genuine happiness.