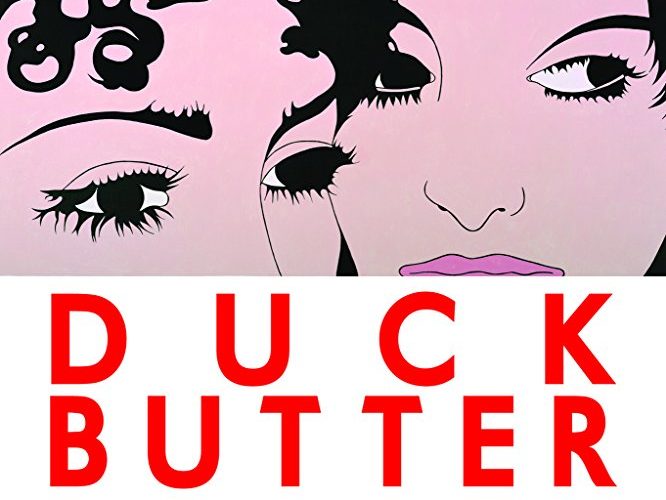 The Duplass Brothers Productions has become the Blumhouse of character-driven indies, an established label that upcoming filmmakers gravitate towards to work with smaller budgets and more control, often in limited settings. Duck Butter, the new comedy from indie (and occasional studio) filmmaker Miguel Arteta is kinder and gentler than his biting black comedies like Beatriz at Dinner, falling somewhere in the mode of Youth in Revolt with a touch of Alexander and the Terrible, Horrible, No Good, Very Bad Day–which brought his subversive brand of humor into family-friendly Disney territory without sacrificing laughs. Co-written with Arteta by its star, the brilliant Alia Shawkat, his latest is a simple dramedy about two women staying up for twenty-four hours straight with the goal of getting to know each other and making love every hour. The experience is akin to pressing fast-forward through years of fights, make-up sex, and all the joy and annoyance in-between.

The pair is mismatched from the get-go as the emotionally reclusive Iranian-American actress Naima (Shawkat) hooks up with free spirit Spanish musician Sergio (Laia Costa). Their meet-cute comes in a lesbian club as Laia makes it a point to kiss a woman in the audience during a music interlude. They eventually hook up spontaneously at an after party after a night of drinking and other libations. Afterward Sergio proposes they spend the next 24 hours together getting to know each other. Niama of course declines in one of those “I’m not that kind of person” moments.

It isn’t until Niama is fired from her biggest break yet, that she pursues the opportunity. Her latest gig is a scene in a new indie involving eating onion rings alongside Kumail Nanjiani and Lindsay Burdge, mocking the stock post-Cassavetes character drama the brothers Duplass (who play themselves) seem to have a patent on producing. Naima, an emotional shut-in with baggage, proves to be too awkward and on the nose for the brothers and becomes intent on finding herself. After the incident and only a spare bit of reflection on losing the job, she accepts Sergio’s invitation.

The sex, though, proves to be impersonal during the honeymoon period. That is, until Sergio proposes extreme terms of their intimacy, including wanting to watch Naima make a bowel movement in a particularly wild passage. As the day (and evening) wanes she grows disenchanted with Naima’s barriers, which include shutting the door while in the bathroom, later arguing that they haven’t made love in hours, a lifetime in this extreme courtship.

Duck Butter remains a subversive treat for much of its running time, even when it falls into familiar patterns, namely the exploration of intimacy issues that are related to their parents as things come to a head when one visits. Arteta is especially sharp at turning genre and plot devices on their head, finding dark comedy in morally ambiguous territories. Here the ambition isn’t political; in fact, he’s an odd choice to tackle this particular story but rises to the challenge working with the Duplassian paradigm, finding a heart to the cruder edges of this story. The real stars of the show are Shawkat and Costa, who sustain what might be in the wrong hands–for the sake of argument, let’s just call them Joe Swanberg’s hands–an insufferable relationship drama.