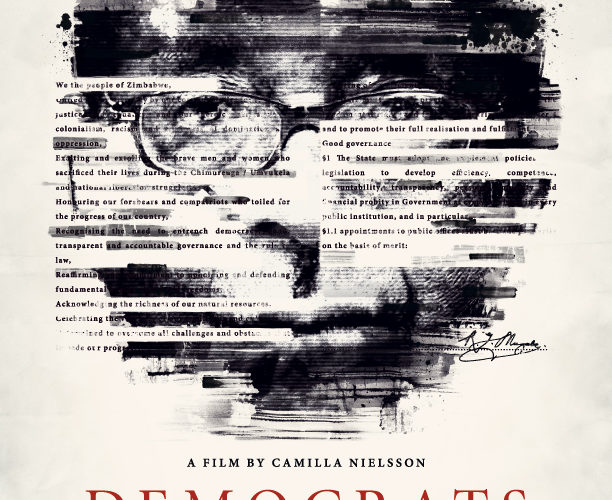 Offering immediate access to historical sausage-making, Camilla Nielsson’s Democrats is an intimate look at the process of drafting a new constitution for Zimbabwe. Taking a balanced exploration of two sides of the argument, we follow Paul Mangwana of president Robert Mugabe’s ZANU-PF and Douglas Mwonzora of the opposition party MDC-T as they struggle for three years to negotiate the terms of the new constitution during the 2008-2009 political negotiations. This time saw an unprecedented power-sharing deal between the ZANU-PF and MDC-T candidates, President Robert Mugabe and Prime Minister Morgan Tsvangarai, respectively.

While Nielsson’s approach is a bit inside baseball for Western viewers, it’s fascinating to see the exploitation of the media over three years as commentators do what they do best: instigate the stalled process. Nielsson chronicles the process with unprecedented access to history as its made from the early negotiations from 2009 until the deal ultimately falls apart in 2013. The process of drafting a constitution, at least for the opposition MDC-T (standing for Movement for Democratic Change – Mutambara), is compelling as they seek input from all citizens. Dispatching field operatives to remote villages to run town halls, they find Mugabe’s ZANU-PF has stunted progressive thinking in the remote village. The villagers are either afraid to speak out or happy with the status quo.

Working for change, Mangwana is accused of selling out, a personal attack that follows him throughout the process, while Mwonzora finds himself in jail under a policy of jail first and investigate later. He’s fortunate as concern over violence grows and almost halts the drafting process.

Nielsson’s film is a brave and important one; told in an immediate verite style it’s not always the easiest knot to untangle, but one that offers a rich and rewarding experience of watching history as it occurs. Like the best political documentaries, Democrats offers beyond-the-headline access even if the machinery behind the headlines (including Mwonzora’s arrest, essentially dismissed by most as political) is clear. A love of country dictates the process, despite the political unrest. The deck is stacked against the MDC-T as the ZANU-PF accept term limits for a president while grandfathering the 91-year old Mugabe, whose served in that role since 1987.

The task of compromise without bloody revolution is not an easy one. The pressures are immense and Nielsson’s picture remains grounded while the threat of revolution remains strictly in the background. It’s as much a character study as its is a political case study, which can be frustrating, but its largely verite storytelling is apt. After all, the big machine consists of humans: flawed, power-hungry and passionate, each in their own way seeks change to prevent the inevitable. Democrats is their story, one that’s effective, fair and balanced as it can be given what it’s up against.