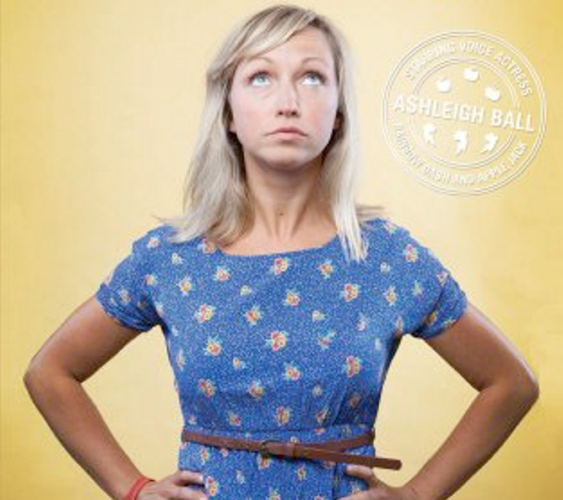 Like many, I learn about my subcultures from The Howard Stern Show, which had sent a correspondent to cover this year’s BronyCon, an annual fan convention for followers of My Little Pony: Friendship is Magic. We learn the followers skew male and heterosexual with a median age of 21, although Bronies exist everywhere and may, in fact, include your next-door neighbor. A Brony Tale, a new documentary, which premiered at the Tribeca Film Festival, attempts to unpack this subculture through the lens of filmmaker Brent Hodge’s friend Ashleigh Ball. A voice actress and musician, Ball is a star in this community as she gives life to essential characters on the show, including Applejack and Rainbow Dash, who is responsible for a common catch phrase in the community after she tells a fellow pony to make something “20% cooler.”

A Brony Tale is as much a documentary about Ashleigh Ball’s feelings about meeting these admirers, often the subject of a cheap laugh on late night TV and Stern, as it is ethnography of the Brony. Hodge seems to be working in reserve; the film’s mode in its final moments at BronyCon seems rushed, while the rest of the documentary provides us with some insightful and sweet interviews with devotees, as well as two psychologists who also attempt to unpack the phenomenon. Hodge, or perhaps the subject, choose to hide their real identities despite often reassuring us that the world would be a better place if we followed the values set forth in My Little Pony: Friendship is Magic. This is problematic only when we are introduced to the pair of “Brony Psychologists,” whom I learn from the closing credits are Marska Redden and Pat Edwards. They provide the raw data, but not much analysis — at least they are not judgmental. Dustykatt is the manliest of the bunch, a macho guy who can assemble a motorcycle and tells us simply, “I like what I like, and I don’t need society to tell me what I like. And that is all there is to it.” Throughout the film Hodge positions the Brony as an alternative to typical gender norms, while Dustykatt is perhaps the most perceptive in the bunch. Others simply are doing it because its fun; many find themselves under the spell of the storytelling, visual gags, and above all, the morality within the show. The world would indeed be better if we were kinder to each other, and one could even consider the Brony lifestyle a religion. Ironically enough, we learn of the existence of Military Bronies in the U.S. Armed Forces.

While Hodge is on to something, his approach is less seasoned than that of his executive producer (and I assume mentor) Morgan Spurlock. Spurlock took on another subculture in his focused 2011 documentary Comic-Con Episode IV: A Fan’s Hope. This film seems less sweeping as leading up to BronyCon we only hear from Ball, who is in disbelief that she’s famous for this. Her band Hey Ocean! is also impressed, if not slightly creeped out, as the Bronies have started to attend shows.

At 79 minutes, I would have liked more analysis and less fan love. The interviewees are fascinating in their own way, but I’m curious about what many of them do in real life. Truthfully, it requires more intimate access than director Hodge is given to get the whole story. While I don’t quite understand extreme devotions such as these, I suppose it takes a more seasoned filmmaker to approach these broader psychological questions with a wider pool of experts.

A Brony Tale, as an ethnographic study of this culture, is a bit disjointed, even if Hodge keeps himself (and his voice) largely off camera. Beginning with a mostly natural viewpoint and open mind, he’s not out to alienate the culture, and while this is ethical, it’s also part of the problem when he tiptoes around the kinds of questions that Nick Broomfield and Howard Stern might ask.

A Brony Tale premiered at the Tribeca Film Festival.