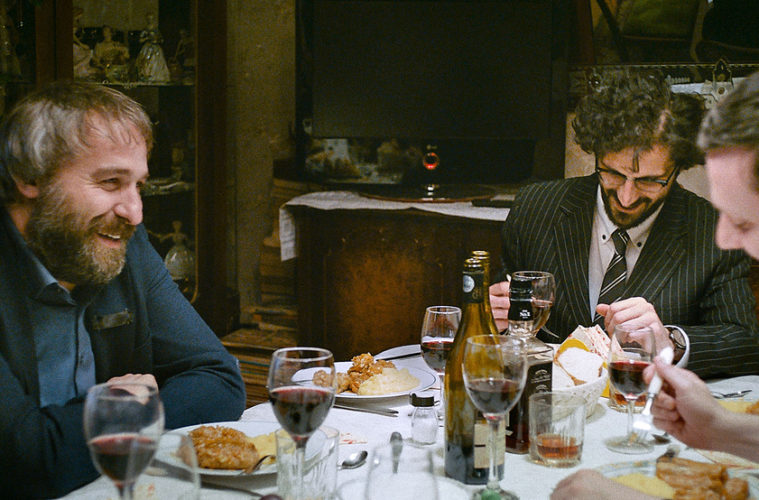 Though still without a U.S. distributor — as far as we can tell — Cristi Puiu‘s Sieranevada was something of a cause célèbre at Cannes, at least among those who even started tapping into it. Perhaps being the most Romanian of Romanian films hampers its appeal a smidge; but if you, like I, are absorbed by just about everything these films can do right — those furtive glances! those muted Eastern European colors! — this looks like manna from Heaven.

A new, French-subtitled preview, however brief, is a good showcase of these qualities, in no small part because you probably won’t be able to follow much of anything else. Let’s get excited! As our review said last month, “For this critic’s money, of the several excellent filmmakers to emerge from the Romanian New Wave, Cristi Puiu ranks as the most formidable. After kicking off his career in 2001 with the outstanding Stuff and Dough, a small-scale but expertly modulated road/drug-deal movie, Puiu made two bona fide masterpieces back to back: The Death of Mr. Lazarescu and Aurora. While his newest dramatic feature, Sieranevada, may fall just short of M-word classification by not reaching the same level of radical invention as its two predecessors, it is nonetheless another proud entry in Puiu’s stellar filmography.”

Three days after the terrorist attack on the offices of Parisian weekly Charlie Hebdo and forty days after the death of his father, Lary, a doctor in his forties is about to spend the Saturday at a family gathering to commemorate the deceased. But the occasion does not go according to expectations. Forced to confront his fears and his past, to rethink the place he holds within the family, Lary finds himself constraint to tell his version of the truth.