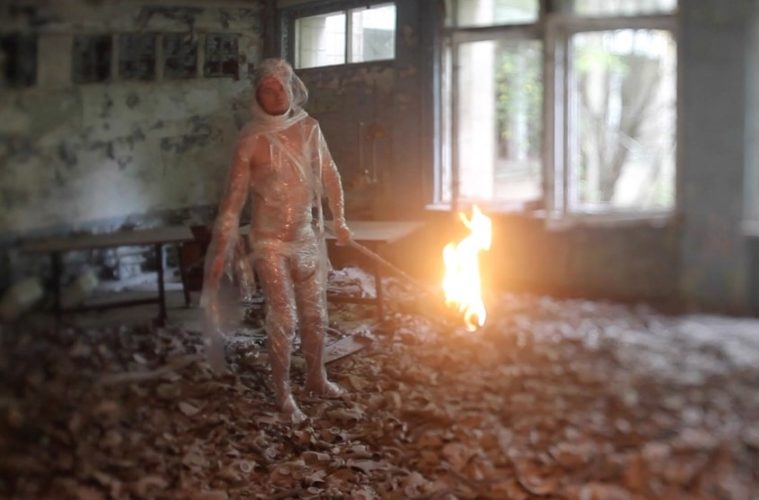 While the narrative features at Sundance Film Festival seem to get the most buzz, there’s also a great deal of worthy stories being told on the documentary side. One of the most acclaimed nonfiction films to come out of the festival this year was Chad Gracia‘s The Russian Woodpecker, which picked up the Grand Jury Prize in its World Cinema category.

While we’re still awaiting U.S. distribution today brings the first trailer for the film which centers on a secret Soviet antenna and a Ukrainian man who must decide whether to risk his life by revealing the secrets he uncovers. This first trailer is a mysterious, gripping preview for the film which explores the effects of the Chernobyl disaster. Check it out below with a hat tip to Film School Rejects along with the synopsis, which reveals more than the trailer.

Young, eccentric Ukrainian artist Fedor Alexandrovich was just four years old when the Chernobyl disaster struck, but the event had a profound effect on him. In seeking to learn more about what happened at the nuclear plant, Fedor becomes fascinated with the Duga—a massive, Soviet-constructed radio antenna near the Chernobyl site that remains shrouded in mystery.

Fedor discovers the Duga was one of the USSR’s secret Cold War weapons built to penetrate Western communications systems and, possibly, minds. He arrives at a terrifying conclusion that not only explains the radio antenna’s role in the disaster but also lays bare the cruelty inflicted on Ukraine by its Russian neighbors. Fedor must decide if he will protect his family and himself, or tell the world what he believes. In the package of a paranoid thriller, The Russian Woodpecker takes us to the frontlines of the Revolution, and gives us the history and context for the war between Russia and the Ukraine, a battle that will have ramifications for the whole world.

The Russian Woodpecker is currently touring on the festival circuit.