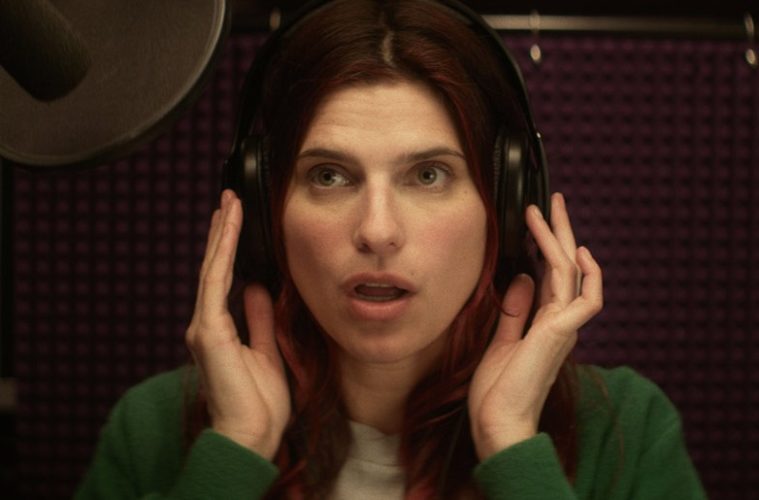 Trailer For Lake Bell’s ‘In a World…,’ a Sundance Comedy About Creating Trailers How does one create a trailer for a film about creating trailers? If you’re Roadside Attractions, you get a little meta. After premiering at Sundance Film Festival, where it picked up the Waldo Salt Screenwriting Award, Lake Bell‘s feature debut In A World… is set to land later this summer and the fairly charming first trailer has arrived.

Looming under the shadow of her father, renowned talent Sam Sotto (Fred Melamed), Bell’s character is struggling to get into the business, resigned to being a vocal coach and picking up freelance gigs on the side. The story picks up when she gets discovered and as we said in our review, “Bell has crafted a relatable, humanistic small-scale drama, but one that could use another polish.” Check it out below for the film also starring Demetri Martin, Rob Corddry, Michaela Watkins, Nick Offerman and Ken Marino.

Carol Solomon, a young female voice coach, joins the all-male race to land the white-hot new trailer of a blockbuster trilogy, and with it lay claim to the legendary trailer catchphrase “In a world .” In doing so, she must battle ingrained industry sexism, ridiculously self-important competitors and even her own father, Sam Sotto, a legendary voice-over artist who can’t bring himself to recognize his daughter’s talent.

In a World… hits on August 9th.