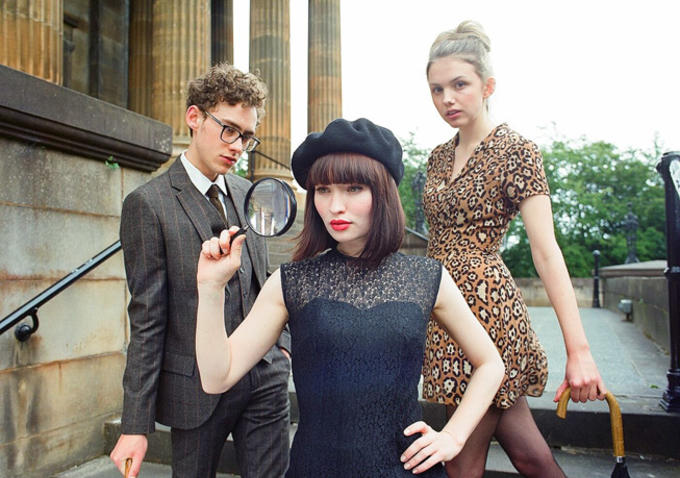 Well-versed in the world of music, Belle & Sebastian frontman Stuart Murdoch recently embarked on a journey in a new medium, that of filmmaking. After crafting a concept album based on the same material, Murdoch wrote and directed God Help the Girl, which revolves around Cass (Hannah Murray) as she becomes the protege to James (Olly Alexander), a “cynical” musician working with the lead singer, Eve (Emily Browning). Ahead of a fall release we now have the first trailer.

We reviewed it at Sundance, saying, “The main strength of God Help the Girl is, unsurprisingly, the music: an eclectic mix of pop and folk songs interpreted admirably by the young cast. Yet the film is too enamored by its own quirkiness, feeling like a series of music videos strung together with a very loose narrative that is both overlong and ultimately monotonous.” Check out the trailer and poster below, along with a single from the soundtrack: From writer/director Stuart Murdoch (lead singer of beloved indie pop group Belle & Sebastian) comes the most delightfully different musical of the year. Eve (Emily Browning) is a catastrophe—low on self-esteem but high on fantasy, especially when it comes to music. Over the course of one Glasgow summer, she meets two similarly rootless souls: posh Cass (Hannah Murray) and fastidious James (Olly Alexander), and together they decide there’s only one thing to do: form a pop group.

God Help the Girl opens on September 5th on VOD and in theaters.