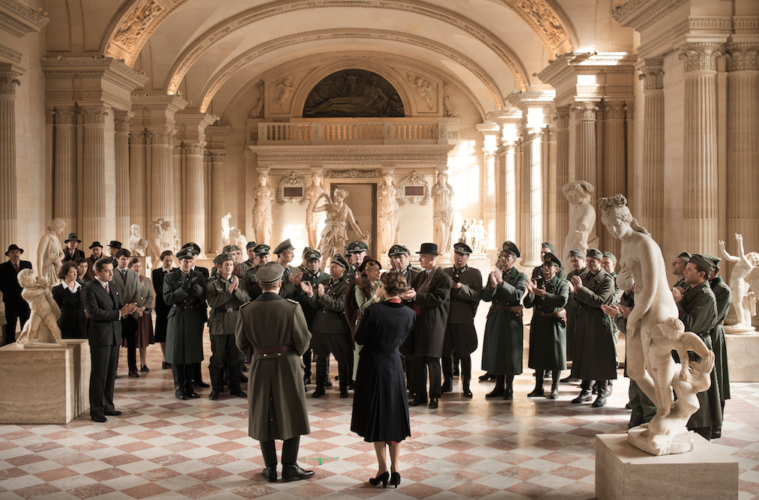 Although the basic set-up of Aleksandr Sokurov‘s Francofonia recalls his groundbreaking Russian Ark — still the director’s best-known film — reactions indicate we’re dealing with an altogether different, no less worthwhile work. Imagining conversations between Jacques Jaujard, Director of the French National Museums during the Nazi occupation, and the Third Reich’s artistic representative, Franz Graf Wolff-Metternich, his latest project takes us through one of the world’s most-respected museums to consider the extent to which we can (or should) appreciate and protect art.

For most, the results have proven satisfying. As we said in our review out of last year’s Venice International Film Festival, “There’s a constant tension at work here, both historical and political, with Sokurov patiently bringing Russian Ark back into the fold in unexpected ways and getting to the very issue of what it means to be European. And that, in light of the current climate in Russia and Ukraine, makes Francofonia a surprisingly topical picture.”

Set against the backdrop of the Louvre Museum’s history and artworks, master director Alexander Sokurov (Russian Ark) applies his uniquely personal vision onto staged re-enactments and archives for this fascinating portrait of real-life characters Jacques Jaujard and Count Franziskus Wolff-Metternich and their compulsory collaboration at the Louvre Museum under the Nazi Occupation. These two remarkable men – enemies then collaborators – share an alliance which would become the driving force behind the preservation of museum treasures. In its exploration of the Louvre Museum as a living example of civilization, FRANCOFONIA is a stunning and urgently relevant meditation on the essential relationship between art, culture, and history.

Throughout his vast filmography – documentary, fiction and others somewhere in between – Alexander Sokurov has demonstrated that a museum is much more than a place to preserve art. Museums are the veritable DNA of a civilization, the living organ of the city where the heart of a nation beats. With FRANCOFONIA, he explores a historical chapter that we might know, but whose description does not take into account all the lines that run through it.

Francofonia will enter a limited release on April 1.