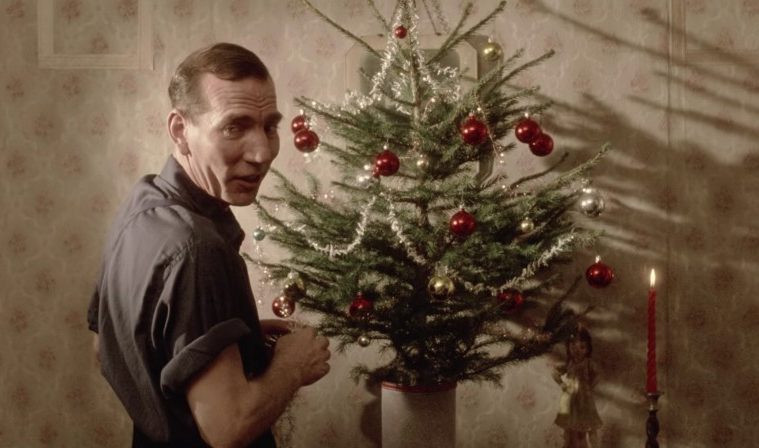 “All great stories have two things in common: they’re simple, they’re not complicated, and they’re filmic. Look at all the great westerns: the story is dead simple, but what is done with it, that’s the magic,” Terence Davies told us during the release of Sunset Song. Indeed, the great English director’s filmography is full of masterful work that gets immediately to the essence of human emotion through its simplicity and sweeping cinematic touch. One of his greatest films has now undergone a 4K restoration for a theatrical release this month.

Released thirty years ago this year, the BFI National Archive has restored Terence Davies’ Distant Voices, Still Lives, which tells the 1940s-set story of a family growing up in Liverpool with shades of the director’s own upbringing. Featuring a commanding performance from Pete Postlethwaite and some of the most gorgeous passages committed to celluloid, it’ll be getting a U.K. and U.S. theatrical release at the end of this month, followed by a Blu-ray release in the fall.

The restoration of Distant Voices, Still Lives opens in the U.K. and at NYC’s Metrograph on August 31 and hits Blu-ray on October 23.