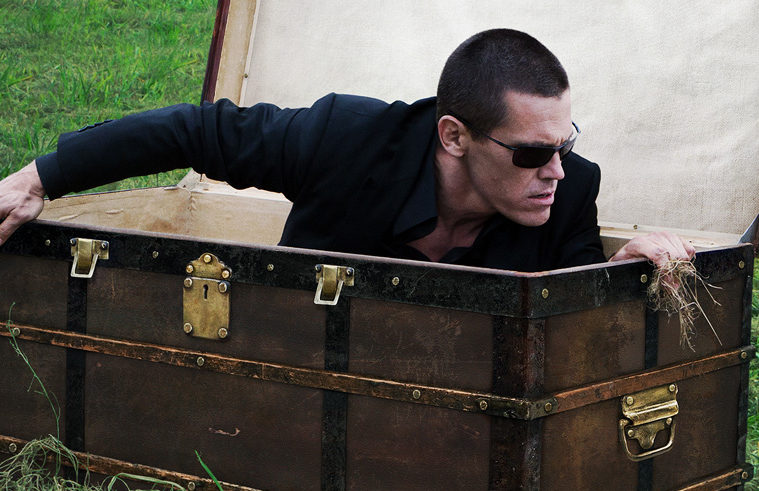 In anticipation of a red band trailer premiering Wednesday, the new theatrical poster for Spike Lee‘s Oldboy — one of our more anticipated titles of the fall season — has landed. While expectations for the remake of a foreign-language modern classic are often tempered, this is no ordinary object: we have a master filmmaker stepping into the most “genre”-esque picture of his career, in that journey aided by a killer cast — Josh Brolin, Elizabeth Olsen, Sharlto Copley, Michael Imperioli, Samuel L. Jackson, Rami Malek, Lance Reddick, Max Casella, and James Ransone. Hard to dismiss, wouldn’t you say?

The treatment on display, here, is designed by the great Neil Kellerhouse — whose poster work you’ll recognize, thanks to The Social Network, The Girl with the Dragon Tattoo, as well as a few Criterion covers (e.g. The Thin Red Line, Walkabout) — though the centerpiece is a Lee– and Sean Bobbitt-created shot from Oldboy itself. (Also of note: its title scrawl is Brolin‘s handwriting, as taken from the letters his character writes to a young daughter.) All in all, this is a striking, mysterious, sinister piece of work — even having seen Park‘s film, the pink-clad girl holding a numeral-scarred umbrella doesn’t ring any bells — which, more likely than not, is precisely the tone unknowing audiences ought to be sold as marketing ramps up.

Have a gander for yourself: OLDBOY is a provocative, visceral thriller that follows the story of an advertising executive (Josh Brolin) who is abruptly kidnapped and held hostage for 20 years in solitary confinement. When he is inexplicably released, he embarks on an obsessive mission to discover who orchestrated his bizarre and torturous punishment only to find he is still trapped in a web of conspiracy and torment.

Oldboy will open on October 25.

Any initial thoughts on the one-sheet? Would you say it establishes any tone for the project?