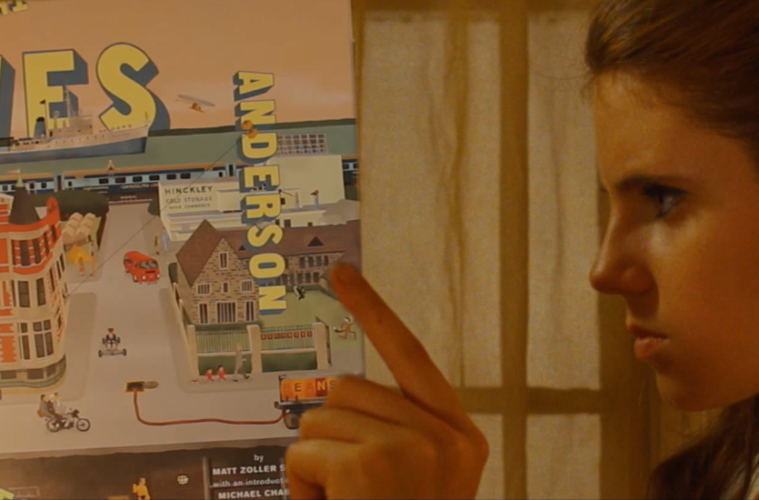 Books are not a major point of discussion around here, but that’s not to imply we’re just a bunch of rubes. (Note the site’s title, ladies and gentlemen.) When it comes to texts centered on the world of cinema, words must be expelled, especially when the work in question not only concerns one of modern America’s foremost auteurs, but is, too, by one of film criticism’s own: Matt Zoller Seitz, the formidable EIC of Roger Ebert‘s website and co-founder of Press Play, has completed The Wes Anderson Collection, wherein essays on all seven of Anderson‘s thus-far-released features (no word on that Tati-esque Brad Pitt commercial) compliment a lengthy interview held between writer and helmer, all of which is spread amidst an enticing set of “unpublished photos, artwork, and ephemera.” Max Dalton has contributed most of the book’s original designs, while Michael Chabon is behind a 1,265-word introduction.

From its lovely official site , we can see a trailer which, narrated by Seitz, takes us through some of said photos, artwork, and ephemera. It’s all very promising, and, as someone who’s been following his comments on the book’s development for months — this isn’t much, really, when it’s claimed that work has been underway for three years — the immediate release is a very fine thing indeed. And how nice to see a book trailer that isn’t a standing hardcover copy, light / shadows, and portentous line readings from a gravel-voiced man; as directed by Kristian Fraga and animated by Sirk Productions, it might play like the menu for one of Criterion’s many home video releases.

Before pre-ordering the book ahead of its October 8 release, have a look at the trailer below: Are you planning to order The Wes Anderson Collection? What did you think of the trailer?