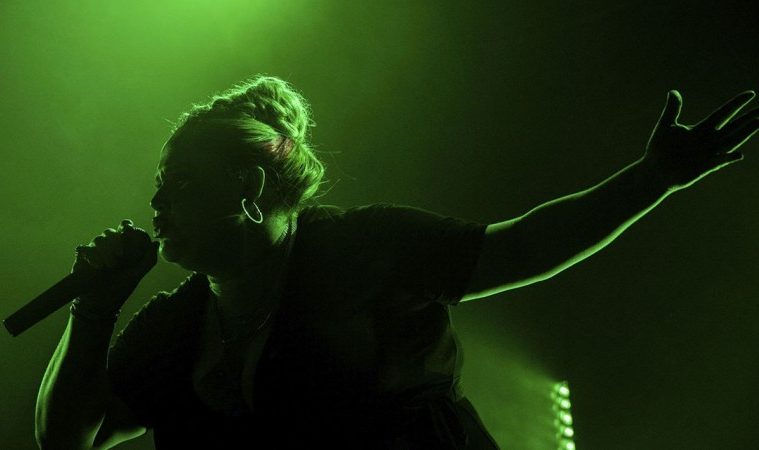 From the streets of New Jersey, here comes Patti Cake$. Directed by Geremy Jasper, his debut follows Patricia Dumbrowski (Danielle MacDonald), a woman from Bergen County, New Jersey seeking fame through hip-hop. Patti Cake$ premiered at this year’s Sundance Film Festival. In our review, we praised the performance from newcomer MacDonald but was underwhelmed by the film’s predictable beats: “While there’s an infectious energy to the process of musical creation and an impressive lead performance from newcomer Danielle MacDonald, the feature debut of Geremy Jasper is ultimately hindered by predictable story beats and a cynical outlook at the world it’s capturing.”

For Geremy Jasper, a music video director making his feature debut, the film was particularly personal. “It’s probably about as autobiographical a story as I’m capable of telling,” Jasper said during Sundance. “I wanted to get out for as long as I can remember…I wanted to express something musically, but felt very constrained by the town and I was 100% convinced I’d be stuck there for the rest of my life.”

In a coming-of-age story straight out of Jersey, an unlikely rapper finds her voice as a one-of-a-kind hip-hop legend in the making in PATTI CAKE$, the first feature film from acclaimed commercial and music-video director Geremy Jasper. Set in gritty strip-mall suburbia, PATTI CAKE$ chronicles an underdog’s quest for fame and glory with humor, raw energy and some unforgettable beats.