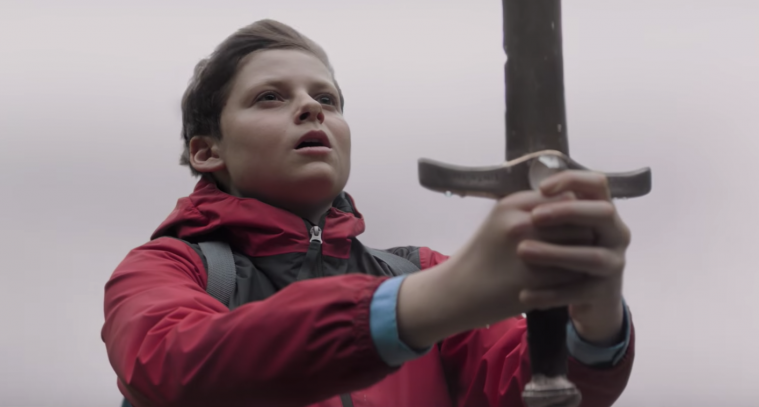 ‘The Kid Who Would Be King’ Trailer: ‘Attack the Block’ Director Joe Cornish Returns

After arriving on the scene back in 2011 with his mightly impressive directorial debut Attack the Block (along with a writing credit on The Adventures of Tintin: The Secret of the Unicorn), it’s been a long wait to see what Joe Cornish would do next. He was attached to a number of projects and even rumored for some high-profile gigs such as Die Hard and Star Trek films. Well, he’s now finally back with The Kid Who Would Be King.

Once again capturing a group of teenagers getting into an adventure, his new film takes on the King Arthur tale with some modern-day, self-referential wit. Set for a January release in the U.S. and a February release in the U.K., the first trailer has now arrived. Starring Louis Ashbourne Serkis, Dean Chaumoo, Tom Taylor, Rhianna Dorris, Angus Imrie, with Rebecca Ferguson and Patrick Stewart, see the trailer below.

Old school magic meets the modern world in the epic adventure THE KID WHO WOULD BE KING. Alex (Ashbourne Serkis) thinks he’s just another nobody, until he stumbles upon the mythical Sword in the Stone, Excalibur. Now, he must unite his friends and enemies into a band of knights and, together with the legendary wizard Merlin (Stewart), take on the wicked enchantress Morgana (Ferguson). With the future at stake, Alex must become the great leader he never dreamed he could be.

The Kid Who Would Be King hits theaters on January 25 in the US and on February 15 in the UK.