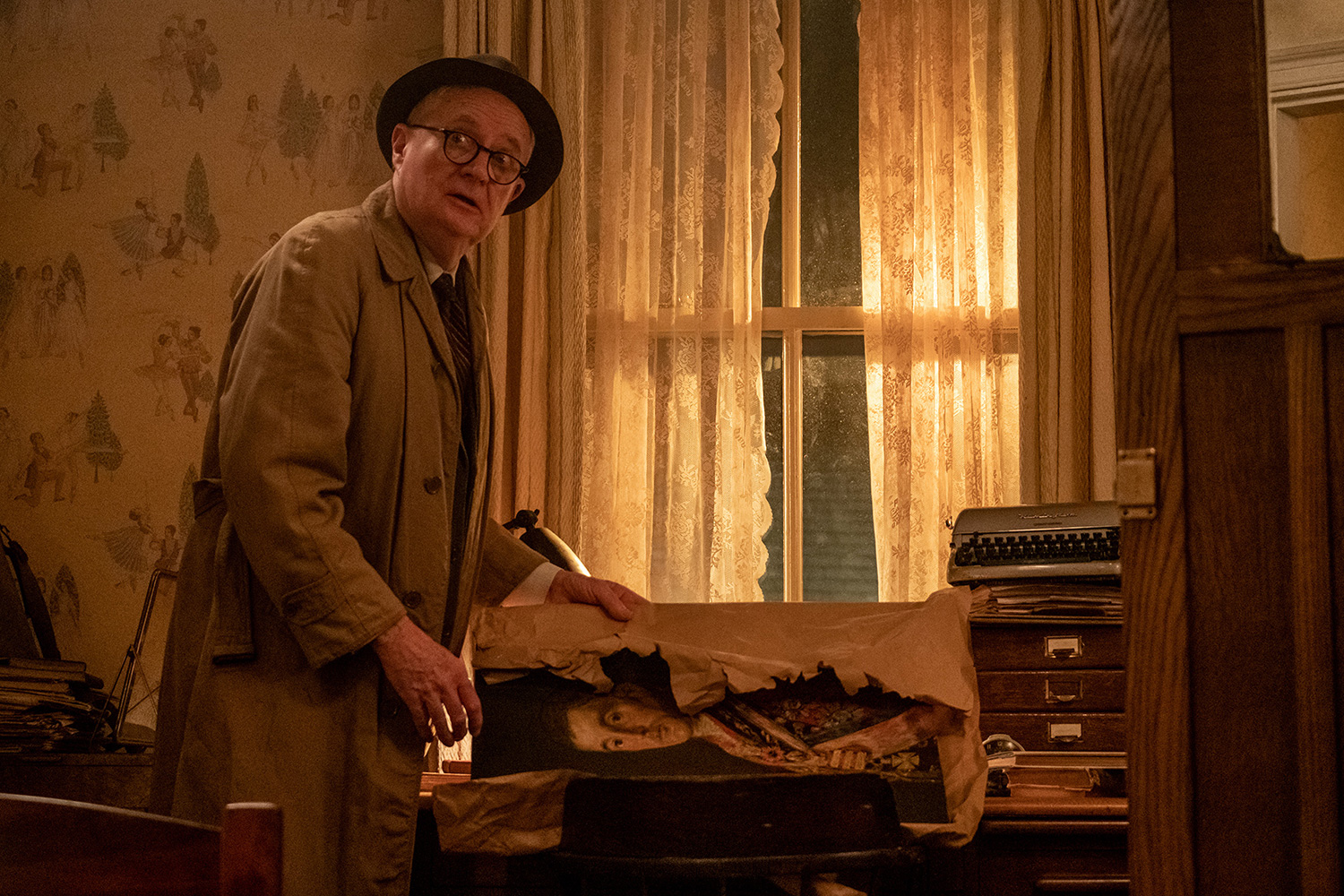 It’s a wild story of a British “Robin Hood” stealing from the government in 1961 to hopefully (and earnestly) compensate taxpayers who better deserved the funds set aside to stop a hostile takeover of ownership of Francisco Goya’s Portrait of the Duke of Wellington. Kempton Bunton (Jim Broadbent) had already gone on record (and served jailtime) for his efforts to end the BBC license fee being charged poor pensioners who simply wanted a television to connect with the fast-growing world outside their doors. With no one listening and constant talk about England having today’s equivalent of £3 million to stop a private collector from purchasing said painting, Bunton decides to cause a ruckus nobody can ignore: stealing and ransoming it for that same price. This time for charity.

The ordeal fascinated the nation because of how absurd the whole thing looked. Everyone assumed it was a professional thief who somehow scaled the walls and snuck out with the most well-known painting in England. As Richard Bean and Clive Coleman’s dramatization of the event portrays, the police took their forensic expert’s correct assumption that the ransom notes were written by a self-educated, aging Northerner and presumed the author was an opportunist trying to make a quick buck rather than the actual thief himself. He was, though. Bunton anonymously wrote the media to keep everything in the public’s eye, promising he wouldn’t harm the painting as long as his demands to help the suffering OAP (old-age pensioners) were met. Unfortunately, fate intervened to end things earlier than planned.

You almost have to wonder how a story this crazy needed 60 years to finally get a big-screen adaptation, but I’m glad it did; I don’t think anyone could have filled Bunton’s shoes quite like the affable Broadbent. The Oscar-winner would have been about twelve years old at the time, a little younger than Bunton’s sons as played by Fionn Whitehead (Jackie’s good boy) and Jack Bandeira (Kenny’s troublesome boy). Jackie is still alive now, having been asked his opinion about what happened—only to say, “Those things are best left in the past. Everything that needed to be said was said in the court case all those years ago, I don’t get involved anymore.” It’s an intriguing stance considering what Roger Michell’s The Duke reveals.

As such, you must take what happens on-screen with a grain of salt. Bean and Coleman lean on the historical record and some ancillary documents from a few years later to piece together an entertainingly feel-good dramedy in the tonal vein of the late director’s previous works Le Week-end and Notting Hill. It’s easier to achieve too when you have someone such as Broadbent charming the pants off the other characters and the film’s audience alike. His Kempton is endearing to a fault, seemingly bumbling around town with a smile on his face despite also holding true to a staunch appreciation for the wellbeing of the too-often marginalized. Jackie looks at him as a hero worth following. Bunton’s wife Dorothy (Helen Mirren) worries his foolishness will ruin them.

Underneath this familial conflict towards activism, however, also lies a very painful layer of grief, having lost their daughter in a bicycling accident sometime previously. Dorothy has retreated to her work as a housecleaner for Mrs. Gowling (Anna Maxwell Martin), pushing her emotions so deep that there’s nothing but pragmatism and conservatism left. Kempton conversely needs an outlet to feel something and be productive. He begins writing plays about the topic, sending them to the BBC and receiving back rejection letters for his attempts. And he seeks to lift the community and perhaps atone for the guilt he unjustly harbors because of young Marion’s death. This fight against TV licenses was to be his last “mission”—win or lose. It simply gets a bit out of hand.

That happens when the painting hiding beneath a false wall in Bunton’s wardrobe is all over the newspapers and television. As we see from Michell’s opening scene of Kempton entering a plea of “not guilty,” however, he does eventually have to answer for his actions with the help of his lawyer Jeremy Hutchinson QC (Matthew Goode). Don’t bet against him too soon, either—the ability to get a jury on your side is always enough to put some doubt in an otherwise open-and-shut case. And with so much documentation and concrete evidence that Bunton’s goals were never malicious insofar as taking this taxpayer-subsidized work away from the public’s view, where does the line between thievery and “borrowing” lie? Not where it exists today.

There’s a real sense of nostalgia that comes through this disparity. With partisan politics bleeding into supposedly unbiased courts, such a case would surely not be so genial in nature. Kempton Bunton would probably be held in contempt for daring to have a personality and make jurors and onlookers laugh. Back then, though, there was still a sense of humanity and face-to-face honesty wherein someone’s word meant something with character witnesses swaying opinions; there weren’t boxes and boxes of electronic forensics being manipulated to create a dossier that better accentuates both sides of the case. Who knew grand larceny could look so quaint or that intent could be discerned and appreciated beyond political agendas? This case is truly a product of its time.

No matter how entertaining that proves, the heart of The Duke is what shines brightest. You can’t necessarily separate the two when compassion is what Kempton needs to avoid being hanged (worst-case scenario), but the familial drama driving him, Jackie, and Dorothy to do what they do is so much more profound. They are coping with tragedy and acting on impulse rather than opened eyes to grave consequences. And that goes for the original telling of events and an alternate take that may or may not be wholly true. These are people who would sacrifice everything for those they love—whether they live in their house, suffer their same plight, or are already gone. Kempton leads the charge, volunteering his voice for those without.

The Duke opens NY & LA on April 22 before expanding wide.