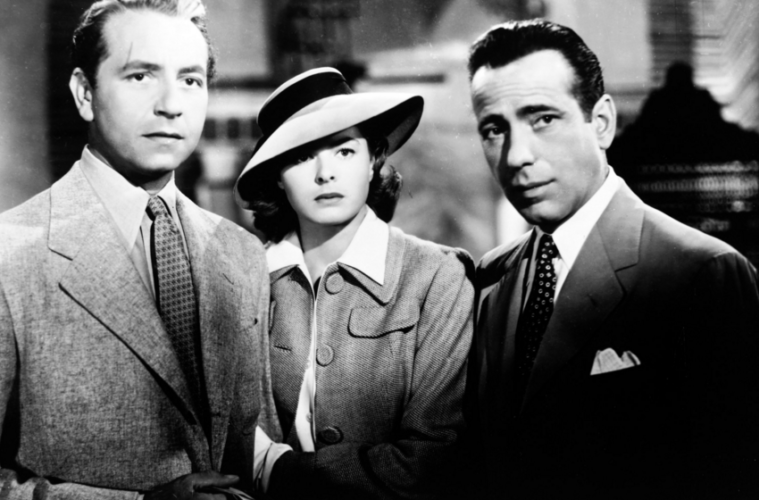 The Cosmic Alignment That Resulted in ‘Casablanca’

Casablanca is rightfully considered one of the greatest films of all time, but even broken down into its granular aspects, it’s a masterful piece of work. From its crackling dialogue that’s been repeated and referenced ad infinitum within popular culture to its sweeping scope and the story’s palpable melancholy, its impact has been etched in the fabric of cinema. Gary Leva makes another persuasive case for its enduring legacy with a new 35-minute documentary about its production called Casablanca: An Unlikely Classic.

Gathering together cinematic stand-bys like Steven Spielberg and William Friedkin alongside various historians, former big wigs, and esteemed cinematographers and production designers, Leva painstakingly combs through all of the aspects that cemented Casablanca’s reputation. At this point, the praise is almost redundant given the canon of critics that have worshipped at director Michael Curtiz’s feet, but the documentary feels particularly special for the insights of people who are intimately familiar with editing, lighting, and production design. As Spielberg and Friedkin notes, the stories of Casablanca’s production had practically become folk tales by the time he was working on the lot.

As a history lesson, the documentary feels important, but it’s the smaller, more personal details that really illuminate not just the circumstances of the production, but the smaller, in the moment quirks. Spielberg for example, refers to Curtiz’s directing as “a masterclass in how to move characters and the camera.”

For such a singular production though, Casablanca came out of inauspicious beginnings. One of dozens of films being shot at Warner Brothers at the same time, Casablanca was practically anonymous in the eyes of the studio execs, despite the top shelf talent working in every part of the film. Rather, it’s underlined repeatedly that the film came out of an almost cosmic aligning of the right people being in the right place. Early on, Rudy Behlmer, a historian from Warner Brothers describes Hollywood with the same grinding efficiency of Detroit’s automobile industry. Still, Behlmer views Casablanca as “a glorious example of the old studio system at work.”

Friedkin sums up the film’s legacy best though when he states that it “caught the zeitgeist.” Coming in conjunction with military occupation of Casablanca during World War 2, the film was not only bringing a star-crossed romance to the silver screen, it was sending a message of hope and patriotism to the worried homefront. Take a look at the video below (via The Playlist), and let us know your thoughts about why you feel Casablanca has endured.