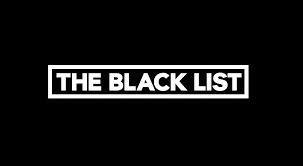 Rounding up the best unproduced screenplays in Hollywood, as voted on by hundreds of film executives, The Black List has been a strong resource to clue one in on projects to potentially anticipate, but first, to kickstart Hollywood on bringing them to screen. Today we have this year’s edition.

Topping the 2020 list is Sophie Dawson’s social media satire cannibal film Headhunter, while others include Cat Wilkins’ comedy Two-Faced, which Taraji P. Henson is set to make as her directorial debut, as well as the sci-fi scripts If You Were the Last and Bring Me Back, and much more.

As an early look for some potential upcoming films to keep on your radar, take a look at the top scripts below, and the full list here.

HEADHUNTER (29 votes)
Sophie Dawson
A high-functioning cannibal selects his victims based on their Instagram popularity, but finds his habits shaken by a man who wants to be eaten.

CHANG CAN DUNK (28 votes)
Jingyi Shao
A young Asian-American teen and basketball fanatic who just wants to dunk and get the girl ends up learning much more about himself, his best friends, and his mother.

NEITHER CONFIRM NOR DENY (26 votes)
Dave Collard
An adaptation of David Sharp’s book The CIA’s Greatest Covert Operation that chronicles the clandestine CIA operation that risked igniting WWIII by recovering a nuclear-armed Soviet Sub, the K-129, that sunk to the bottom of the ocean in 1968.

IF YOU WERE THE LAST (25 votes)
Angela Bourassa
Two astronauts who think they’ve been lost in space forever fall in love, becoming content with their isolated lives, only to suddenly have to return to Earth.

TWO FACED (25 votes)
Cat Wilkins
A high school senior attempts to get her principal fired after observing racist behavior, but she quickly learns he won’t go down without a fight.

BRING ME BACK (22 votes)
Crosby Selander
When a woman on an interstellar voyage falls in love with someone during a cryosleep simulation, she attempts to discern whether the man is a real passenger on the ship or just a figment of her imagination.

EMERGENCY (21 votes)
KD Davila
Ready for a night of partying, a group of Black and Latino college students must weigh the pros and cons of calling the police when faced with an emergency.

FOREVER HOLD YOUR PEACE (19 votes)
Emma Dudley
Twenty-four-year-old, quiet, self-conscious Hazel has struggled with her sexuality ever since her conservative dad walked in on her kissing a girl at a middle school sleepover and flipped his absolute shit. On the way back to her hometown for her dad’s wedding, Hazel gets drunk and makes out with an older, attractive female flight attendant. She’s thrilled to have moved past her hang-ups and had some fun until she arrives home and realizes that the flight attendant is her dad’s fiance.

SATURDAY NIGHT GHOST CLUB (17 votes)
Steve Desmond, Michael Sherman
After being haunted by a terrifying entity, a twelve-year-old boy teams up with his eccentric uncle and three other misfits to form their own ghost club, investigating all the paranormal sites in town so that he can find and confront the ghost that’s tormenting him.

THE SAUCE (17 votes)
Chaz Hawkins
A depressed, selfish black man fights for his life after taking a job at a white-owned beauty parlor, whose monstrous owners concocted a wildly popular shampoo that requires a sickening ingredient.

SHARPER (17 votes)
Brian Gatewood, Alessandro Tanaka
A chain of scam artists goes after one wealthy family with the perfect plan to drain them of their funds. But when love, heartbreak, and jealousy slither their way into the grand scheme, it becomes unclear whether the criminals are conning or the ones being conned.

BIRDIES (16 votes)
Colin Bannon
When Tabitha, a struggling foster kid, wins a contest to become part of the BIRDIES, a popular daily YouTube channel featuring the radiant and enigmatic Mama Bird and her diverse brood of adopted children, she soon learns that things get dark when the cameras turn off.

POSSUM SONG (16 votes)
Isaac Adamson
After discovering his secret songwriting partner dead, a country music star struggling to record new material makes a Faustian bargain with a family of possums who have taken up residency within his walls.

THE BLACK BELT (15 votes)
Randall Green
Eighth grader Simon Paluska dreams of being a Taekwondo Black Belt, but he’s not allowed to take lessons. So he buys a Black Belt on Amazon for twenty-five bucks. Then, he has to use it.

RIPPER (15 votes)
Dennis MaGee Fallon
London, 1888: When their friends begin dying at the hands of a brutal killer, an all-female crime syndicate, The Forty Elephants, must work together to take down the predator stalking them – Jack The Ripper.

A BIG, BOLD, BEAUTIFUL JOURNEY (14 votes)
Seth Reiss
After both attending the same wedding solo, David and Sarah embark on a big, bold, beautiful journey with a little help from their 1996 Passat GPS and a little bit of magic for the road trip of their lives.

ENEMIES WITHIN (14 votes)
Cat Vasko
In the 1950’s, Joseph McCarthy and his right hand man Roy Cohn sit at the height of their influence, casting aside democratic norms unchecked – until the Army’s lowest-level lawyer, John G. Adams, stumbles upon the shocking truth behind their power grab, and makes it his mission to reveal this to the public.

THE MAN IN THE YARD (14 votes)
Sam Stefanak
When a dangerous stranger shows up at her front door, a depressed widow must confront her own past in order to protect her two children.

SUNCOAST (14 votes)
Laura Chinn
An awkward teenage outcast comes of age against the backdrop of the hospice where her brother (and coincidentally, Terri Schiavo) are dying.

FISH IN A TREE (13 votes)
Jeff Stockwell
Based on the eponymous novel by Lynda Mullaly Hunt. A young girl in an intimidating new school finally faces seemingly insurmountable obstacles in her learning and in her social life when she crosses paths with an energetic-but-inexperienced substitute teacher.