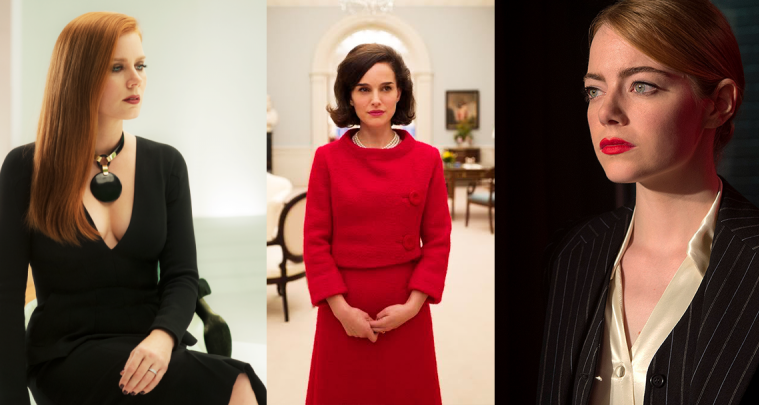 The Best Films at the 2016 Venice Film Festival

With the jury winners announced this past weekend (see at the bottom), the 73rd Venice International Film Festival has now come to an end. As always, it was a strong kick-off to the fall festivals, with some premieres of dramas that we’ll see over the next few months, as well as a great many that won’t arrive until next year (or perhaps later, pending distribution). We’ve wrapped up the festival by selecting our 9 favorite films, followed by our complete coverage. Check out everything below and let us know what you’re most looking forward to.

Having experimented with feature-length fiction films, shorts, and archival-footage documentaries in the course of his career, Sergei Loznitsa’s output since his 2014 Ukrainian crisis documentary Maidan has both garnered him greater acclaim than before and zeroed in on cinema as a collectively generated form. – Tommaso T. (full review)

Mel Gibson is back in the director’s chair after a decade to remind us, in his own devout way, that war is hell and faith is good. Hacksaw Ridge, his new World War II epic, is not concerned with politics — it is concerned with soldiers, and one soldier in particular: a 7th day Adventist and conscientious objector named Desmond Doss who went to Okinawa as an army medic but refused to carry a rifle. This was much to the chagrin of his commanding officers and his brothers in arms. While derivative and endlessly cheesy, it’s a characteristically visceral return for Gibson, and one that confirms that little has changed in the man’s singular artistic psyche. – Rory O. (full review)

Chilean filmmaker Pablo Larraín certainly isn’t beating around the bush with his latest film, Jackie, a strange, refreshingly cynical, and unexpectedly cerebral account of First Lady’s Jacqueline Kennedy’s actions in the immediate aftermath of John F. Kennedy’s assassination in 1963. It’s one of three films to be released by the prolific director in 2016 (alongside El Club and Neruda), as well as his first to be made in the United States and English. Such changes in surroundings might have thrown a lesser director off, or at least compromised their style, but Larraín’s conviction, signature moves, and leftward-leaning politics appear to have remained intact. Produced by Darren Aronofsky and boasting a staggering, disorientating string-based soundtrack from Mica Levi (Under the Skin), Jackie has the sophisticated psychological aesthetic of a Jonathan Glazer movie but focuses on one of the most contentious and traumatic events in U.S. history. How’s that for radical filmmaking? – Rory O. (full review)

There’s a great recurring gag in Whiplash director Damien Chazelle’s La La Land — a beautiful, audacious, aesthetically vibrant, and enchanting contemporary musical — when Ryan Gosling’s struggling musician, Sebastian, throws a few disparaging comments towards a samba/tapas joint that has taken the place of a legendary jazz club. Sebastian refers to this juxtaposition as a joke on history; La La Land is a film obsessed both with juxtapositions and jokes on history. It’s a twinkling surface examination of how humans try to coordinate their dreams with their reality (a very Hollywood conundrum), but also a celebration of just how wonderful old filmmaking techniques and emotions look and feel on modern L.A. streets. – Rory O. (full review)

“You have to learn to enjoy the absurdity of our world,” says Michael Sheen’s L.A. socialite to Amy Adams‘ disillusioned art gallery owner at the after party of her latest flash contemporary vernissage. It’s the kind of line that suggests we might be in for some sort of highbrow Hollywood satire, but there’s so much more to Nocturnal Animals than that. – Rory O. (full review)

Is control a myth? Are accidents? Are our actions another variable in the randomness of the cosmos or are they preordained, at the mercy of the gods? These are just some of the questions swirling inNick Cave’s head. Andrew Dominik’s devastating new documentary is, in essence, a 3D black-and-white, behind-the-scenes look at Cave and his Bad Seeds recording their new album (the excellent-sounding Skeleton Tree), but it also offers space for grief and reflection as the veteran avant-garde rocker struggles to come to terms with the death of his child. – Rory O. (full review)

Isn’t it strange how cinema’s greatest misanthropes always seem, deep down, to be the most empathetic. It’s as if the total lack of sentiment for (and complete fascination with) human nature somehow clears the way for a more profound understanding. Lars von Trier often shows warmth for his most debased subjects before pulling them apart. Michael Haneke might not portray it in his films quite so much, but he comes off as quite the softy when interviewed in the right light. In both his narrative features and, more recently, stylized documentaries, Ulrich Seidl has always been drawn to the seedier corners of Austrian society. Naturally, he feeds his subjects plenty of rope, but there’s always a lingering suspicion he might be on their side. His new doc, Safari, follows a group of so-called “canned hunters” in Africa, a subculture of people that choose to pay great sums of money to simply pull a trigger, grab a quick selfie, and take home the bust of the slaughtered animal. Just a year after Cecil the lion, the great man could hardly have chosen a less-popular subject and, of course, it’s a perfect match. – Rory O. (full review)

There’s something dark and wonderful lurking in The Untamed, the brilliant, frightening, hyper-real erotic mystery from the mind of Mexican auteur Amat Escalante, whose Heli ruffled more than a few feathers in Cannes a few years back. Is the 37-year-old merely a provocateur? On the evidence of his latest film, he is clearly not. The plotline of a strange extraterrestrial being that lurks in the woods granting ultimate pleasure sounds like a schlocky drive-in science fiction flick, but the director heightens things immeasurably by expertly cultivating the visceral, aesthetic nowhere of a drug trip, as if the characters involved (and perhaps the viewer) are participating in some sort of communal high. – Rory O. (full review)

You could argue that Terrence Malick has been trying to find or express catharsis in his films as far back as 1978’s Days of Heaven. That trope has become more and more synonymous with the director as decades have passed, and Voyage of Time: Life’s Journey — a high-caliber visual essay that some people say has been developing for almost 40 years, although it’s probably more accurate to say it’s been in production for “only” seven — always looked like the most direct expression of that search for divinity. It could deliver that experience for some in the audience, and, as narrated in feature length by Cate Blanchett (a 45-minute version narrated by producer Brad Pitt will arrive on IMAX screens), it might be better defined as a voyage of life. Through sometimes-dated (but often glorious) CGI and live-action footage, Malick’s long-gestating epic charts the birth of the cosmos through to the evolution of earth and, finally, to our supposed inheritance of the planet. – Rory O. (full review)

AWARD FOR BEST SCREENPLAY to:
Noah Oppenheim
for the film JACKIE by Pablo Larraín (UK)

LION OF THE FUTURE
“LUIGI DE LAURENTIIS” VENICE AWARD FOR A DEBUT FILM to:
Akher Wahed Fina (The Last of Us) by Ala Eddine Slim
(Tunisia, Qatar, U.A.E., Lebanon)

VENICE INTERNATIONAL FILM CRITICS WEEK
as well as a prize of 100,000 USD, donated by Filmauro of Aurelio and Luigi De Laurentiis to be divided equally between director and producer.

the ORIZZONTI AWARD FOR BEST DIRECTOR to:
Fien Troch
for HOME (Belgium)

the ORIZZONTI AWARD FOR BEST ACTOR to:
Nuno Lopes in the film SÃO JORGE by Marco Martins (Portugal, France)

the VENICE CLASSICS AWARD FOR BEST DOCUMENTARY ON CINEMA to:
LE CONCOURS by Claire Simon (France)

JAEGER-LECOULTRE GLORY TO THE FILMMAKER AWARD 2016 to:
Amir Naderi