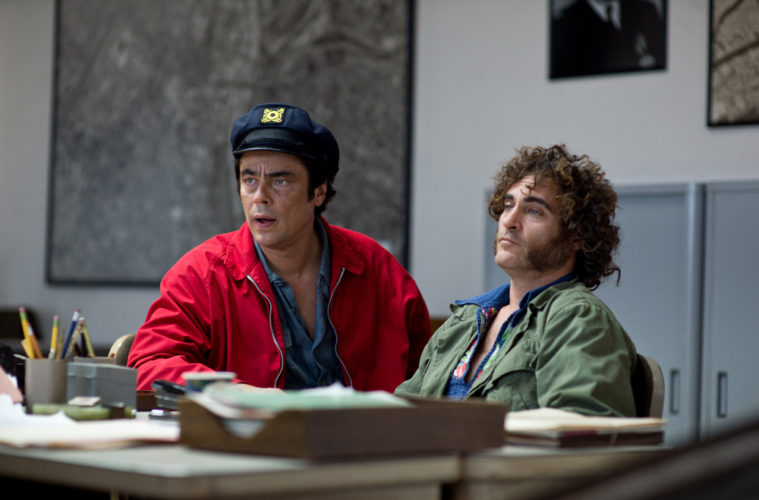 After singling out the great breakthrough performances of the year, it’s time to turn our eyes to the ensembles. Whether it’s a small supporting role or the leading gig, the decisions of a casting director are vital to a project’s success. This year saw a number of flawless casting line-ups, from overlooked dramas to some of 2014’s most-celebrated films. Check out our list of ten favorites and let us know yours in the comments below.

Sure, the indisputable spiritual center of Alejandro González Iñárritu‘s Birdman is Michael Keaton’s Riggan Thomas, but the film would be hardly the eccentric gem it turns out to be without the cast that surrounds Keaton. From Ed Norton doing an interesting spin on the difficult actor that’s not a team player to Emma Stone as Riggan’s distant daughter, all the way down to Zach Galifinakis’ hilariously restrained agent and Naomi Watt’s exasperated actress, Birdman is a treasure trove of quirky but detailed characters. Like the much commented-on faux single take that entwines Birdman, this seeming stunt cast is much more than that; they are the magical glue that connects the flailing Riggan to his audience. – Nathan B.

In David Finche‘s adaptation of Gillian Flynn’s darkly humorous Gone Girl is a careful balance that makes this 2.5-hour drama flow effortlessly. Part of that is the way Flynn, who herself wrote the adaptation, combines and molds her own plot points into finer, sharper weapons, and bringing these characters to life is the wonderful cast. Ben Affleck as Nick is playing up his own true-life persona as this dopey, pretty-faced guy, but he also gets to meddle in a darker side. Rosamund Pike has rarely been given the chance to stretch her talents, but she plays a key role that would fall flat without her icy presence — physical and vocal alike. As good as the two main actors are, it is the satellite cast that help flesh out the film and give it a sense of awe. Tyler Perry nails his role as Tanner Bolt, lawyer extraordinaire, and Carrie Coon as Nick’s sister, Go, plays both wounded sibling and the rock-hard, no-bullshit voice of reason. Kim Dickens is faultlessly annoying and persistent as Detective Boney, along with a mostly quiet Patrick Fugit. This istruly  a film as much about the characters as the narrative, and Fincher cast each one flawlessly. – Bill G.

<
The world of The Grand Budapest Hotel is filled with the kind of singular characters you’d expect from a Wes Anderson film. As such, it is also filled with all the actors you’ve probably come to expect from a Wes Anderson film. Its inclusion on this list should therefore be something of a foregone conclusion. This is ostensibly the story of Zero, a young lobby boy at a grand, palatial hotel, but it is also the story of Gustave H. and his entire world, which is populated by singular people of all stripes, from wealthy hotel-goers to a secret guild of concierges and perpetrators of a sinister conspiracy. A varied cast fill these roles, from Tilda Swinton to Jason Schwartzman to Adrien Brody, Saoirse Ronan, F. Murray Abraham, Jude Law… the list is inexhaustible and perfect. Going abroad offers the chance to meet new people, and you could hardly hope for better companions than those at the Grand Budapest. – Brian R.

He may not direct many features, but having worked in the industry as long as he has ensures Tommy Lee Jones can use connections like few others. That’s not to say his latest film, The Homesman, simply features a string of A-list actors, bur rather that the helmer has brought together the ideal ensemble for a western drama. Led by Hilary Swank, in one of her best performances as of late, the likes of William Fichtner, James Spader, Jesse Plemmons, Tim Blake Nelson, Barry Corbin, Hailee Steinfeld, John Lithgow, and, yes, Meryl Streep may only pop up for a few minutes at a time, but each help fill out this perilous landscape. – Jordan R.

An ensemble that, on paper, doesn’t make a lick of sense, but if Paul Thomas Anderson hasn’t yet screwed that up a juggling of big casts, why should this be any exception? Inherent Vice’s team is somewhat like the assembly of Nymphomaniac (let that be the last time those two are ever compared) in that no scene is conceivable without its central players. It’s possible I feel so strongly about Martin Short as Dr. Blatnoyd that everything else is golden in retrospect, but the contributions of Josh Brolin, Katherine Waterston, Owen Wilson (?), Benicio del Toro et al. are invaluable, proving that Anderson’s instincts for casting have few current peers. – Nick N.

I can absolutely understand why and how one wouldn’t appreciate the various shapes Lars von Trier’s latest takes on — from mordant comedy to romantic tragedy, often resting at some indefinable in-between spot — but its mixing and matching of players is an undeniable pleasure. Whether it’s Uma Thurman with the greatest single-scene performance of this year (possibly this decade) or a leading role that finally finds the proper place for Shia LaBeouf (forget that it’s by “convincingly” playing a total fucking asshole), this assembly of players fit each scene’s tonal intent so well that it’s obvious how much the film (still a feat of longform narrative and formal exertion) would struggle without them. – Nick N.

It stands to reason that Only Lovers Left Alive’s ensemble is most impressive after the fact. As evident as the greatness of its side players seems months after the fact, the non-narrative’s decision to primarily revolve around Tom Hiddleston and Tilda Swinton can easily obscure what variety they add. Jim Jarmusch seems to understand how static the bitterness of a long-living Adam and Eve might get, making the mélange from side players — touches of wisdom (John Hurt), naïveté (Mia Wasikowska), and a more everyday sort of irritation (Jeffrey Wright) groove naturally with our leads — and it’s this sort of wisdom that makes Lovers one of his best, bar none. – Nick N.

Selma concerns Martin Luther King, Jr. as much as the people that supported his life’s work. Yes, David Oyelowo gives a towering performance as the iconic civil rights leader, but Carmen Ejogo‘s Coretta Scott King shows both the intimate and tumultuous side of their marriage, while his trusted inner circle (portrayed by Colman Domingo, Wendell Pierce and André Holland) display the intricacies that went into crafting major decisions. There’s also a spirited Keith Stanfield, who takes on the tragic arc of Jimmie Lee Jackson, Oprah Winfrey as Annie Lee Cooper, showing the difficult process of attaining the right to vote on a micro level, as well as the politicians (Tim Roth, Giovanni Ribisi, Tom Wilkinson, and Martin Sheen) who were the gatekeepers for this movement. For a multitude of moving parts, one must credit director Ava DuVernay for letting each character get their due. – Jordan R.

It’s not often that the cast of a movie serves as the literal sole population of the world, and yet in Snowpiercer the only survivors of a global apocalypse are those people “lucky” enough to live on the titular train. Luckily for the viewer, the meager population of the icy world is filled with brilliant character actors. Of course the film is anchored by Chris Evans, but his world is given depth and color by the likes of Tilda Swinton, Octavia Spencer, John Hurt, Jamie Bell, Ewen Bremmer (Spud from Trainspotting, for those who forgot), Allison Pill, and many more. Each of these players brings their own special take to the film, and while that means the tone swings wildly from one scene to the next, it also means that the world of the train feels just as fractured and incongruous as real life does. Best of all, each of these actors is able to bridge the gap in their tones to make sure that they are forging the real emotional connections that make this movie as powerful as it is. The world of Snowpiercer may be cold and bleak, but at least it is filled with people worth caring about. – Brian R.

Authenticity goes a long way in conveying a specific environment, and few films this year felt more genuine than Starred Up. Director David Mackenzie has constructed the perfect ensemble to evoke a world where violent outbursts can occur at any given moment. From Jack O’Connell (turning in his best work yet) to the perpetually intimidating Ben Mendelsohn to the optimistic Rupert Friend, there are moments where this feels more like a Frederick Wiseman documentary than a narrative feature — perhaps the highest praise Mackenzie can receive. One may need a dictionary to decipher much of the dialogue, but this is just another aspect that makes Starred Up entirely convincing. – Jordan R.

What’s your favorite ensemble this year?