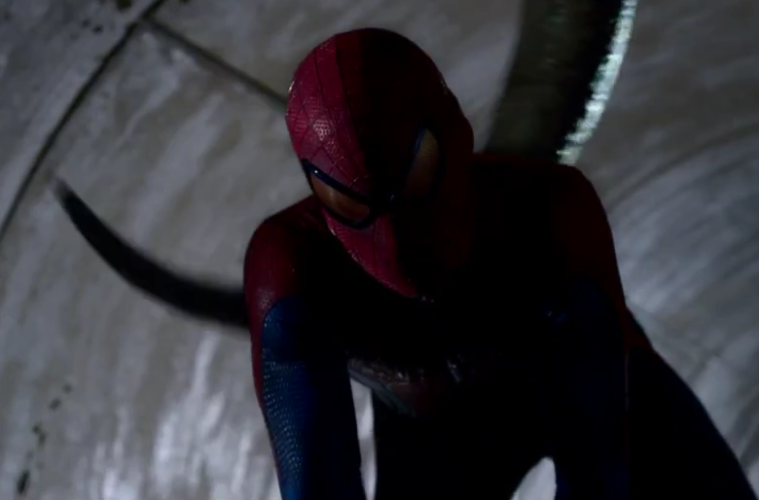 Earlier today, the folks at Sony fanned the flames of anticipation by unveiling an 8-minute sizzle reel of their upcoming superhero reboot The Amazing Spider-Man directed by Marc Webb. The presentation showed off the 3D effects as well as some story elements and a good luck at the villain Dr. Curt Connors aka The Lizard (played in human form by Rhys Ifans). From all accounts, the event was a smashing success and helped build anticipation for the movie (you can read our coverage of the event here). But for those of you who couldn’t attend the event today, fear not; the trailer that also premiered with the footage has been officially released onto the internet and you can see for yourself. Check it out below or on the movie’s official Facebook page:

Update: A new international trailer has popped up featuring more footage. Check it out below.

Although my opinion is not nearly as positive at my colleagues who went to the premiere earlier, this trailer has definitely done a lot to get me interested in The Amazing Spider-Man. Although one can’t escape the cheap-looking nature of some of the shots (The Lizard and last shot especially), it seems to have done what comic book fans have been salivating for: retain the look, feel, and tone of the Marvel Comics it draws inspiration from. That’s definitely something the Sam Raimi films lacked. I’m still on the fence about the necessity of The Amazing Spider-Man but this trailer has done wonders for proving that this isn’t a cheap cash-in; Marc Webb and company committed themselves to making the best movie they could, and there’s a good chance they have succeeded in making something special. But, as always, the jury’s out until the movie itself gets shown.

The Amazing Spider-Man is the story of Peter Parker, an outcast high schooler who was abandoned by his parents as a boy, leaving him to be raised by his Uncle Ben and Aunt May. Like most teenagers, Peter is trying to figure out who he is and how he got to be the person he is today. Peter is also finding his way with his first high school crush, Gwen Stacy, and together, they struggle with love, commitment, and secrets. As Peter discovers a mysterious briefcase that belonged to his father, he begins a quest to understand his parents’ disappearance – leading him directly to Oscorp and the lab of Dr Curt Connors, his father’s former partner. As Spider-Man is set on a collision course with Connors’s alter ego The Lizard, Peter will make life-altering choices to use his powers and shape his destiny to become a hero.