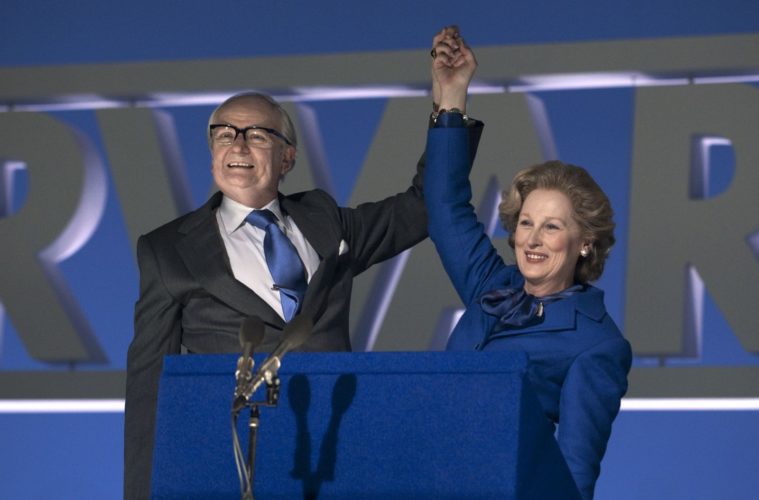 Despite being nominated 12 times, Meryl Streep hasn’t won an Oscar since 1983’s Sophie’s Choice. This year she has another Oscar hopeful, starring alongside Jim Broadbent in the Margaret Thatcher biopic The Iron Lady. Directed by Phyllida Lloyd, who worked with Streep on Mamma Mia!, we have our first teaser trailer for the film. Her impersonation is a bit silly, especially backed by Clint Mansell‘s Welcome To Lunar Industries track from Duncan Jones‘ Moon. We predicted she would be one of the five Best Actress nominees though, but we’ll have to wait and see if it comes true. Check out the teaser below via The Guardian.

The Weinstein Company will release The Iron Lady on December 16th, 2011.

What do you think of the first teaser? Does Streep have a chance at winning?