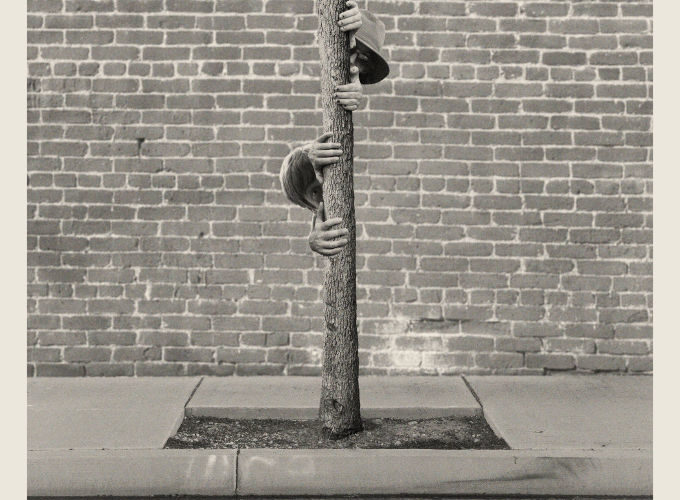 A touch of Vertigo, but with a comedic twist, Wild Canaries follows amateur sleuths that have too much time on their hands and end up in over their heads. Written, directed, and starring Lawrence Michael Levine, Canaries is a screwball comedy with a murder mystery at its core. While the central mystery isn’t airtight, it manages to intrigue one along the way. There are only a core group of players involved, which limits the possibilities less they pull a Scooby Doo and reveal the murderer to be the guy we saw for just a brief moment — instead we get multiple suspects and much hilarity in the process.

Barri (Sophia Takal) is out of work and dreaming big, reminiscent of a canary, always moving from one thing to the next and a ball of energy. Her tether is Noah (Levine), the man she’s engaged to and sharing a Brooklyn apartment with. He’s the workhorse in the relationship, the one focusing on the financials and keeping Barri under control and focused. There are cracks in their relationships as they slowly move toward marriage, and it’s not helped by Barri’s best friend and lesbian roommate Jean (Alia Shawkat) who is an enabler to Barri’s wild schemes and ideas. Jean also shows a bit of attraction to Barri, which she is unaware of. In this film, it appears that nearly everyone has interest in someone already taken and that theme plays an important role in not only the dynamic between Barri and Noah, but the mystery as well.

Barri’s downstairs neighbor, the nice 84-year-old Sophia (Marylouise Burke), dies suddenly and her visiting son, Anthony (Kevin Corrigan) doesn’t seem very distraught over the matter. At once Barri suspects something is wrong, much to the chagrin of Noah, and she follows her intuition and comically bad sleuthing skills to the point where she breaks into Sophia’s apartment to investigate and ends up stranded on the roof, calling Noah for rescue. Barri is the one to chase the rabbit down the hole and Noah, dragged along by Barri’s need for backup when Jean isn’t available, is constantly trying to be the realist in the matter and wanting a plan of action before jumping in. But just when they think they have a suspect pegged down, their landlord and Noah’s frequent poker buddy, Damien (Jason Ritter) reveals his own marital and financial issues and becomes a secondary player in the mystery.

The comedy throughout often plays on recurring jokes in clever ways. Noah’s inability to utilize his new cell phone, which Barri bought him, is woven in slyly and becomes increasingly problematic. He also takes quite a beating, wearing a neckbrace nearly half of the film and it becomes a running gag when he’s called into quick motion. Barri and Noah often devolve into yelling matches, but their chemistry is expertly employed. They have a nice, light buzz to them and it keeps things fun as we follow the duo throughout. Levine’s script manages to keep one on their toes, but the only tripping point is the long explanation once the mystery is revealed.

Clearly, Canaries is all about the couple at its core, who are both drawn smoothly. There’s little doubt that without two strong leads the film would falter, but a nod has to be given to the satellite actors that play key roles as well. Playing the potential badguys, Ritter and Corrigan do remarkable work here. Corrigan always has had an air of evil about him; his slow, calculating pace of speech doesn’t offer a lot of confidence in what he says, and Ritter is comically disorganized for a landlord. Meanwhile, Shawkat embraces her small role and manages to be the cute bubble in the middle that is always game. With a cleverly plotted mystery and calculated recurring themes, Canaries is able to shrug off the stilted “hipster” or “mumblecore” tags it would likely receive upon first glance and become a genuine piece of light fun.

Wild Canaries premiered at SXSW 2014 and opens on February 25. See the trailer above.