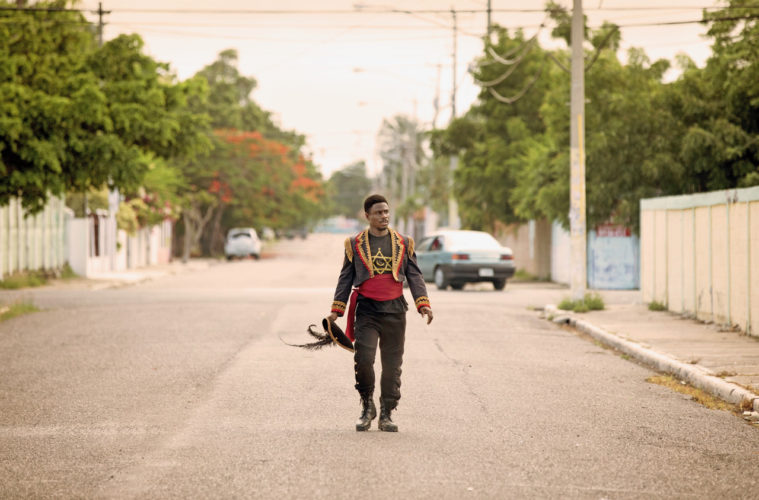 SXSW Review: ‘The Day Shall Come’ Sets Its Satirical Sights on the War on Terror

Allegedly based upon a hundred true stories, The Day Shall Come, directed by Chris Morris (Four Lions), is another comedy satirizing the theatrics involved in the theater of war–this war, of course, is the War on Terror. This is difficult material to farm laughs from and the film is only marginally successful at showing the absurdity of a sting where competing organizations waste resources frying small fish that otherwise may be harmless. If you’ve seen the compelling HBO documentary The Newburgh Sting, which chronicled an FBI probe to entrap three low-intelligence men and radicalize them so that politicians on both sides of the aisle could have a talking point, The Day Shall Come will feel like a less effective way to tell this story.

Not without moments of laugh out loud humor, Morris strikes a bizarre tone, satirizing a ridiculous movement of four soldiers that pledge their allegiance to Black Santa along with an FBI who seemingly need numbers. The local field office, led by bumbling push over Andy Mudd (Denis O’Hare), is intrigued by what they consider to be a “pack of lone wolves” only to later get their circuits crossed with the local PD who sets up a sting in which their militant black extremist targets sell nukes to undercover officers posing as a Neo-nazi biker gang. The investigation is led by a young hungry go-getter Kendra Glack (Anna Kendrick), who pressures her boss to continue and later save the investigation when it starts to run off the rails as it skids towards a conclusion that will be bad for business.

The target is the Star of Six, a militant black community farm that’s eerily reminiscent of another documentary about a response to militants that went terribly wrong: Jason Osder’s incendiary Let The Fire Burn. Unfortunately, the more you know about history, the less funny The Day Shall Come becomes. I’m not sure if Morris will provide liner notes for each of these hundred stories or if it’s just a good hook for the opening credits.

The Star of Six is led by Moses Al Shabaz (Marchánt Davis), who believes he’s the third coming of Malcolm X. Attempting to expand and get a nonprofit certification from the IRS, he instead finds himself confused and courted by IS (the Islamic State). He’s brought into the radar by an FBI informant who is a pedophile tolerated by the agency because he fees them seemingly valuable intel.

The Day Shall Come is at its best when doling out rapid-fire dialogue that recalls the works of Armando Iannucci, in which the bureaucracy spends more time trampling on itself rather than being effective. In one passage, the FBI purposely and accidentally entraps itself much to the hilarious dismay of the local prosecutor trying to build a case.

The film’s targets are all over the map with no one coming out untouched, apart from Glack who does the right thing when faced with a situation that could endanger her career. While it aims to generate outrage it does so rather quietly (unlike the recent blunt satirical work of Adam McKay) with a predictable outcome as all rigged games do. The process of getting to that point feels terribly uneven; at times a bit over the top in passages and yet restrained in others as certain transactions are treated as just the cost of doing business in The War on Terror.

The Day Shall Come premiered at SXSW and opens on September 27.