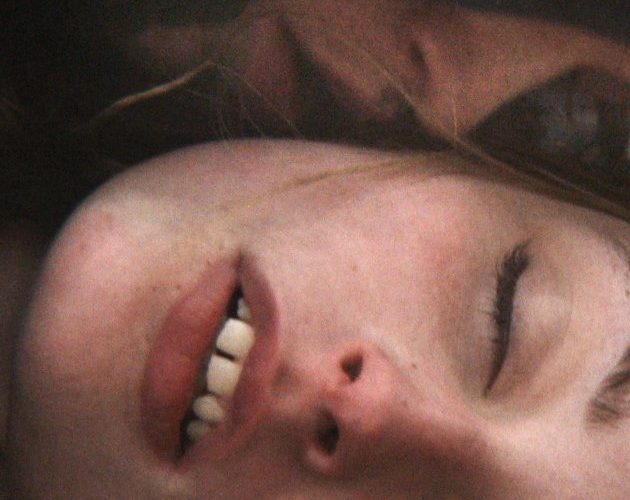 There’s a repulsion instinct that makes Heaven Knows What one of the more compelling films on the festival tour this past year. Exploring the plights of the middle-class or lower-class isn’t sparse in cinema, but it’s rare to see a seemingly accurate portrayal of homelessness in conjunction with drug addiction. Shot with a detached style, directors Benny and Joshua Safdie take a story that is ushered along by a heroin addict named Harley in New York City (played by first-time actress Arielle Holmes) and weave it into a compelling narrative that occasionally has a false sense of urgency. The collaboration between the three of them provides a narrative arc that is both heartbreaking and endlessly fascinating to watch.

Harley is in love. Not just with Ilya (an almost unrecognizable Caleb Landry Jones), the verbally abusive boyfriend that wants her body but not her commitment, but also scoring her next hit. She moves from day to day without a plan beyond getting high and professing her love to Ilya. She is a romantic above all else, and her words are what clue one into the fact that Holmes was guided by the Safdie brothers to turn her own addict life into an upcoming novel called Mad Love in New York City. which serves as the source of the screenplay by Josh Safdie and Ronald Bronstein. She has romantic ideals and thoughts and the way she talks makes her sound like someone that is caught in the gnawing mouth of addiction but wants something more.

In one of the opening scenes, this demented love story takes a violent twist when Harley claims she will kill herself in front of him if it will show to him that she truly loves him. At first he brushes her off, convinced she won’t do it. But she becomes increasingly desperate and when she finally pulls out a razor blade and gets it close to her wrist, instead of acting in shock, he cheers her on, telling his friends to watch what power he has over her. When she finally commits the act, making your stomach churn, one wants to yell at the screen. We’ve seen the unreciprocated love story in numerous features but one gets a sense that there is history that Ilya once loved Harley back. The frustration builds that Harley clearly can’t see what is right in front of her. Her friends tell her to stay away from Ilya and for much of the film she does just that. Yet when she searches for happiness elsewhere, even New York City is too small for these junkies to keep away from each other.

The Safdie brothers also pepper the film with an alien-sounding score from Isao Tomita, full of electronic and synth tones that makes everything feel otherworldly. As Harley bounces between shelters and shared housing, she is always found making sacrifices for others. When she finally comes across some money she uses it to pay back an old debt to some friends instead of saving it for her part of the rent. When Ilya isn’t in the picture, Harley falls in with Mike (Buddy Duress), a fellow addict and dealer that find themselves not-so-much in love but willfully tied together. One gets a sense that things are fluid between them while the threat of Ilya always looms in an unpredictable way.

Part of the draw here is the stylings of each person in Harley’s life. Ilya has a mess of coal-black hair that is constantly tangled, carrying himself in a constant state of simply falling over. He’s got a bit of a never-made-it rock star air to him and dresses in innumerable layers. Meanwhile, Holmes’ eyes, always heavy with weariness, continually draws one in with her gripping presence. Harley, with or without someone else, is always rushing from one spot to the next and it’s this day-to-day madness that drives the narrative forward in bursts of energy.

Never explicit in any sort of hope, the Safdies don’t want to commit one way or another and instead simply observe what was a snapshot of Holmes’ real life. It’s compelling to watch and even more interesting to dig into the background and the layers of art-imitating-life. Perhaps optimism can be found in the fact that Holmes is able to turn in an enthralling performance in this strenuous, but intriguing character study of life on the streets in New York City.

Heaven Knows What premiered at SXSW and will be released this spring by Radius-TWC. See the trailer here.