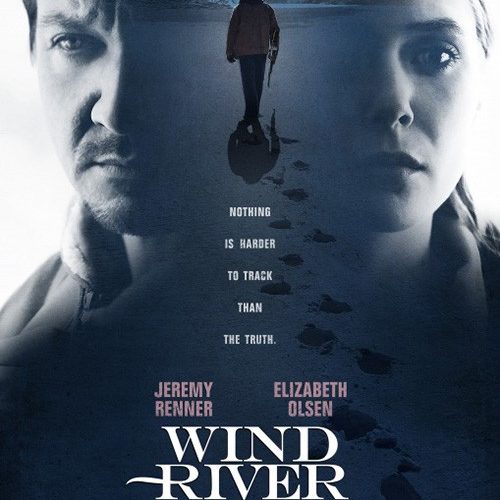 With the strongest one-two punch of first produced scripts in Hollywood the past few years, Taylor Sheridan has emerged as a distinctive voice in revitalizing tired (or all but dormant) genres. After scripting Sicario and Hell or High Water, he’s now gone fully behind the camera for his directorial debut Wind River, which blends both crime and western elements with disappointing results. Let down by muddy characterization and a choppy directorial style, the drama finally coheres in its final act to deliver the uncompromising thrills that have been Sheridan’s trademark.

After capturing the violence at the Mexican border and west Texas, this final entry into his self-proclaimed American frontier trilogy finds Sheridan in the chilly, snow-covered mountains of Wyoming. When a dead body is discovered at the vast Wind River Indian Reservation by a local U.S. Fish & Wildlife agent Cory Lambert (Jeremy Renner), the FBI sends in perhaps their least-experienced agent, Jane Banner (Elizabeth Olsen), to take the case. Arriving in the middle of a blizzard with the equivalent of a windbreaker, she’s in desperate need of guidance, and Cory, who knows the area by heart, is happy to oblige.

Sheridan’s skill thus far has been his conversational dialogue, playing with conventions while still eschewing expectations for where a scene may head. There’s certainly flashes of this in Wind River when it comes to the history of the Native Americans, as well as extended monologues from Renner about grief and retribution, but there’s an overriding lack of narrative control due to uneven editing and peculiar character choices. Though it’s more the fault of the script than Olsen, she’s tasked with acting both inexperienced and tough, with neither coming off as wholly convincing.

Epitomized in an autopsy scene, there’s a compelling idea at the center of it: since the victim died from drowning with her blood-filled lungs in the snow, even though she was clearly raped and forced to run barefoot for six miles, the mortician can’t rule it a homicide, which means the FBI won’t send more agents to assist Jane. The tension of this scene is lost due to haphazard cutting and especially when it comes to the execution of her character. Being frustrated with the mortician’s decision, Jane has brief angry outbursts, but this pathos is never fully rendered, resulting in a disappointing character arc. Renner fares slightly better, pulling off a more fleshed-out character that, with his hunting skills, soon reveals his Cody Lambert would feel at home in the Bourne universe.

Cinematographer Ben Richardson captures the wintry vistas in all their grandeur, but much of his other work has all the flair of a cable drama. Point-of-view shots when one of the leads gets sprayed with an eye irritant is one of a handful of visual missteps. It’s not fair to expect the pristine slickness of Denis Villeneuve or the rugged patience of David Mackenzie, but as a first outing, there’s a visual rhythm missing here. (There’s a specific terrifying shot when Cody encounters a group of animals, but Sheridan fails to capitalize on what would have been effective foreshadowing.)

While the first two acts flounder along, Sheridan proves his action chops in a startling climax. Expanding further would shatter the surprises, but from an intelligent cut to a flashback and onward, Wind River finds an absorbing pulse. If his previous pair of films were exercises in carving out something fresh in a would-be derivative crime drama, too much of Wind River ends up coming across as just the latter. The much-needed jolt the third act brings is a welcome one, and enough to recommend this debut, but Sheridan’s distinct artistry of dialogue is sorely missing.