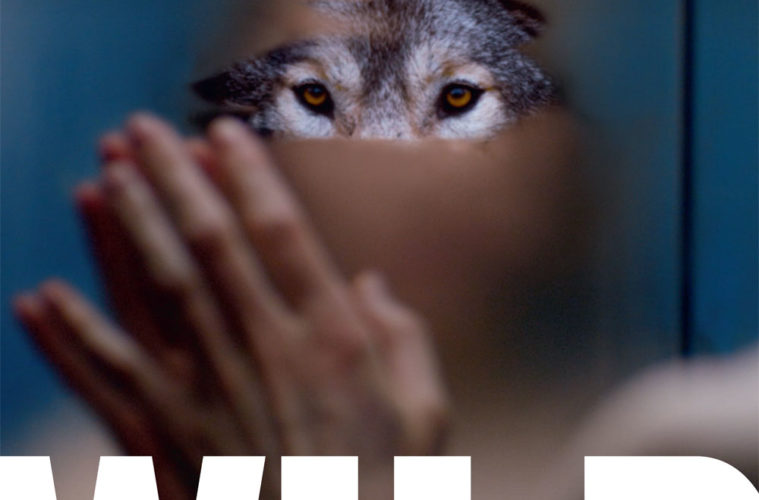 It’s love at first sight for Ania and a young handsome stranger lurking in the woods. Animal magnetism finds a new meaning in Wild, an intriguing, passionate drama between a woman and a wolf that falters only in that it doesn’t go quite far enough with its bestialistic premise.

For Ania (Lilith Stangenberg, utterly committed), life is drab, living in a monstrous high-rise apartment in an unnamed German city and working for a faceless city firm where the most interesting part of the day is making coffee for her misogynist boss Boris (Georg Fridrich).

But she’s awoken from her slumber when she stumbles upon a set of eyes in a park one evening, the figure of a full-grown wolf. It’s an interest that engulfs her entire world, starting with her placing bits of uncooked steak in the forest before she plots a trap to capture her unrequited lover. When Ania kidnaps her wolf and sets him loose in her sister’s abandoned flat, her human life starts to disintegrate, as she herself gets swept up in the seemingly simpler world of untamed beasts.

Anyone who thought that the wolf represented a sort of metaphor in her personal awakening need reconsider, as indeed it becomes clear this is a very real relationship for her, less a romance and more of a coming of age. It lets Ania’s sense of her own personal identity within a world where previously she did not fit finally loose. It’s also a relationship that awakens her sexually, and Ania’s animalistic instincts makes for an interesting discourse in sexual politics.

I’ve drawn much of the plot into that summary, as this movie is a slow-burner whose rewards eek out slowly through Nicolette Krebitz’s careful direction. The film’s first half is mostly concerned with instilling Ania’s personal rhythm – she’s a lonely, isolated woman, jealous of her sister’s sexual profligacy and who lets herself go at a local shooting range. The first hour lets Ania’s character breathe – Stangenberg is a compelling presence – but the pace also frustrates, and means when the real meat of the plot gets going, the conclusion seems a rushed let-down. As a 30-minute short film, this would have been outstanding, but stretched out to 97 minutes, the film’s intensity is sullied.

But transgressive it is, especially when the film meanders into magical-realist sequences where wolf and woman eat breakfast together, her eating with knife-and-fork while the canine, ahem, wolfs down eggs and ketchup. And there’s an especially bonkers dream sequence in which the wolf goes third-base. Needless to say, animal trainers Zoltan Horkai and Peter Ivanyi deserve much credit alongside Stangenberg’s bravery.

Krebitz, an actor with more than 50 credits in Germany, knows how to get the best out her actors, and directs with a precise manner. In her and cinematographer Reinhold Vorschneider’s camera, Ania is just as she’s described by her patriarchal boss, someone who could look good if she puts a little effort into it. But part of the film’s charm is the rugged dirtiness of the whole endeavor, as the wild, untamed world of the lupine looks more and more attractive than our dull human world.