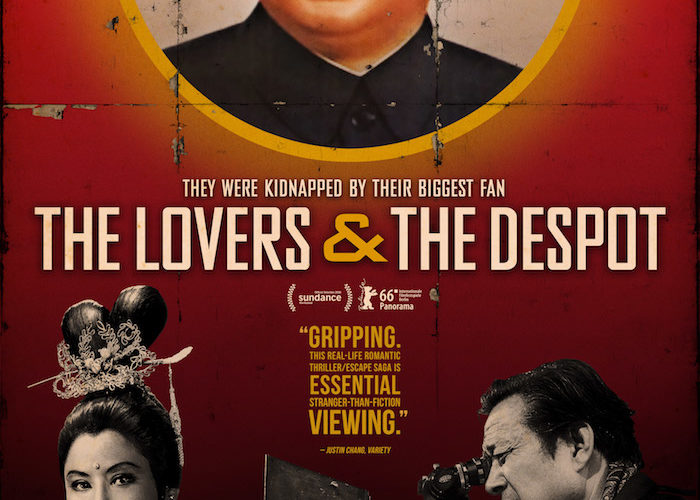 [Sundance Review] The Lovers and the Despot

It’s astonishing that the story of Shin Sang-ok and Choi Eun-hee has not made it onto movie screens before now, whether as a documentary or a work of fiction. In 1978 Shin, a South Korean film director, and Choi, his actress ex-wife, were both kidnapped by North Korean agents and taken to Pyongyang on the direct order of Kim Jong-il. The brutal dictator was also a dedicated cinephile, and he was displeased with the quality of his state’s film industry. For a real-life supervillain, the obvious solution to such a problem was to abduct some outside talent and put it to work.

Shin and Choi spent years being imprisoned and constantly surveilled, ultimately making films for Kim and even falling back in love before making a dramatic vehicular escape in Austria. Every single element reads like it sprung from the mind of a Hollywood hack. And yet it all happened. That The Lovers and the Despot turns such a story into a bland chore to sit through is nigh-on unforgivable.

Granted, directors Robert Cannan and Ross Adam are able to mix up the format a bit. Clips from various South Korean movies from the time, particularly those made by Shin and/or featuring Choi, are edited together to illustrate the events in lieu of reenactments. And the use of real audio recordings taken by the couple of Kim Jong-il himself are fascinating for anyone seeking a direct, unfiltered glimpse into the mind of megalomania. But the doc still relies on a parade of basic interviews to tell its story, and presents them without an iota of imagination. Why have so few realized that this is the essence of telling instead of showing, that it is awfully difficult to make dramatically engaging, much less satisfying?

The most frustrating aspect of The Lovers and the Despot is its refusal to do more than simply recite its tale, ignoring the interesting concepts lurking within it. Despite his initial torture and attempted brainwashing, Shin was eventually put into essentially a director’s paradise, handed a blank check to do what he wished. This was in stark contrast to the constraints that irked him within the South Korean film industry. Choi was able to take on an active role in their work, becoming Shin’s assistant director. That they had a literal dictator for a producer enlivens even more the metaphorical possibilities in their situation for the normal filmmaking process. But this is all left by the wayside on an unambitious bee-line from plot point A to B to C, and before you know it, what should have been a wild ride is over without so much as a yelp.

The Lovers and the Despot premiered at the 2016 Sundance Film Festival and opens on September 23.