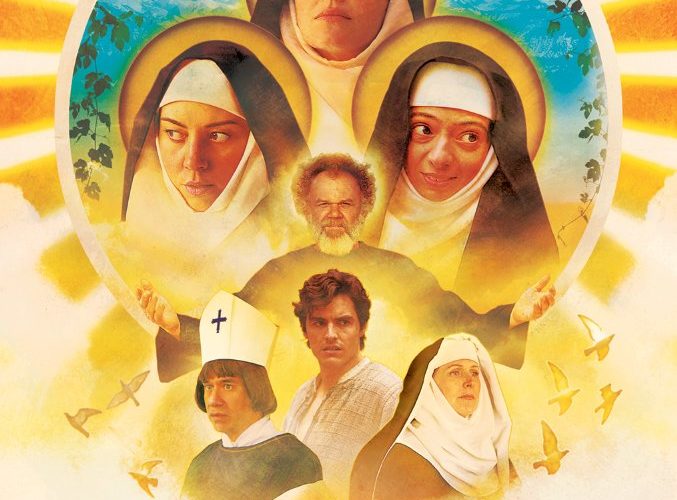 Sundance Review: ‘The Little Hours’ Gets by on the Comedic Charms of Its Cast

Take a portion of The Devils, add a splash of The Witch, a heaping of Monty Python, and then douse it in the comedy of today and you have The Little Hours. Set in a 1347 medieval Italy, Jeff Baena’s follow-up to Joshy packs an even bigger cast — including Alison Brie, Dave Franco, Kate Micucci, Aubrey Plaza, John C. Reilly, Molly Shannon, Nick Offerman, Fred Armisen, Jemima Kirke, Adam Pally, and Paul Reiser — and marks a step forward in his directorial style, even if the comedy ends up running out of steam. As our trio of nuns over-indulge in sacramental wine and take part in God-forbidden sexual desires, the cast exudes a lovable charm, despite the nagging sense they had more amusement making it then the audience has watching it.

Based on an amalgamation of short stories in Giovanni Boccaccio’s The Decameron, The Little Hours may base its structural foundation on 14th century classic Italian literature, but running through its bones is modern comedic stylings. With no shortage of everyday vulgarities, the cast plays the proceedings mostly straight-faced. Whether it’s Plaza’s nun character asking the well-meaning local groundskeeper, “What the fuck are you looking at?” in the first laugh of the film or Offerman’s war-ravaged knight exclaiming his battle victories at the dinner table to the vexation of his unfaithful wife, this anachronistic approach provides much of the humor.

Harboring a “pack mentality” according to Father Tommasso (Reilly), nuns Alessandra (Brie), Fernanda (Plaza), and Ginevra (Micucci) spend their time praying, cleaning clothes, and not a great deal else. This boredom has them forming cliques, mostly against Brie’s Alessandra, a do-gooder whose father (Reiser) can’t scrape together enough for a dowry, instead offering up a lonely life of embroidery and religious reverence. However, an option to temporarily escape this bondage of religious servitude soon arrives. When, in a nearby castle, Massetto (Franco) gets exiled after a bout of infidelity is discovered, he becomes employs by Tommaso. To assist with any potential seduction on the part of the nuns, he pretends he’s a deaf-mute and so begins a comedy of unraveling repression.

Each of these comedic talents have proven to hold their own before, and Baena is aware of the humor that can occur in this ensemble form. Franco is a highlight as his object-of-desire character is continually sexually sought-after to varying degrees of success. Hilariously playing off each of the nuns as the one up(wo)manship of carnal antics are delivered, this aspect of the comedy clicks along at a steady pace. The same can’t be said for much of the other intended laughs by the second half. As the premise stretches thin, Baena is no Ken Russell, so when the insanity gets ratcheted up, the nunsploitation aspects feel neutered down and never truly menacing.

Paying homage to 1970s filmmaking in not just the story, cinematographer Quyen Tran also employs zooms and long shots to effectively capture the exquisite European countryside, a step up when compared to the off-the-cuff style of Joshy and the visual drabness of Life After Beth. It’s far from achieving the holy grail of comedy, but as a frivolous, fleeting time, The Little Hours has its charms thanks to the strength of its cast.

The Little Hours premiered at the Sundance Film Festival and opens on June 30.