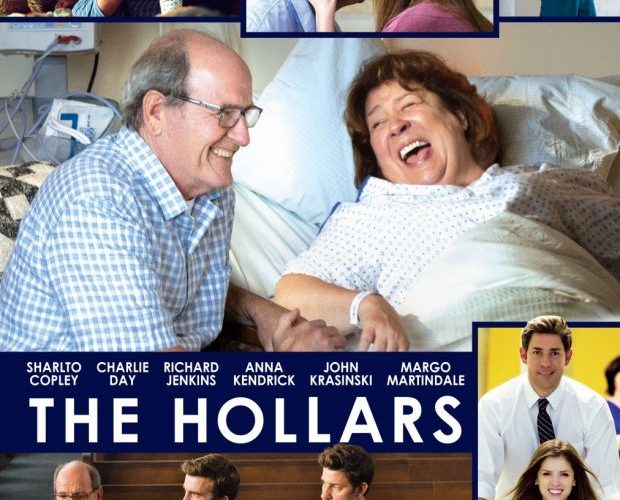 The premise is worryingly familiar. A handsome young man named John Hollar (John Krasinski), currently in a rut, is told by his pregnant girlfriend Becca (Anna Kendrick) that he has to go home because his mother Sally (Margo Martindale) is in the hospital.

Directed by Krasinski (his second feature following Brief Interviews With Hideous Men), the convenient plot and archetypal characters work well enough thanks to strong performances and an earnest script from James C. Strouse, who wrote and directed the lovable People, Places, Things from last year.

Casting himself in the lead role, Krasinski is smart to spend a considerable amount of time focused on the talented supporting players. Day is a highlight as the sad-sack comic relief and singer-cum-budding-actor Josh Groban puts in some solid work as a considerate pastor dating Ron’s ex-wife. But, don’t be mistaken, the stand-out here is Martindale. Commanding every single scene she’s in, her character works as the complex anchor to the film. Like so many matriarchs, she’s both the moral center and hard-lined anchor. The conversations Sally has with John are some of the most honest moments in the film. Deep down, all of us hope and yearn for these kind of talks with our parents, in which a guard is lifted and truths are revealed. Jenkins gets his own moment of lucidity with John as well, in a touching scene in which Don, lamenting his sick wife and failing business, tells his son ‘I did try.’ It’s a small moment with a considerable amount of weight.

The film’s weakest link is the “John’s ex-girlfriend” subplot. We meet Gwen (Winstead) and her new child with Jason, quickly learning that she has not quite gotten over John. This development is never touched on again, in any capacity. It feels like a portion of a potentially darker film has been excised, rather sloppily.

And still, The Hollars works as a whole. Becca and John’s relationship feels like an accurate rendering of a young 30s couple struggling with that final step into commitment and parenthood, paralleled nicely against all of the other flawed relationships around them. Krasinski appears to know exactly the kind of movie he’s making, elevating familiar material to a level that feels real and bittersweet.

The Hollars premiered at the 2016 Sundance Film Festival and opens on August 26.