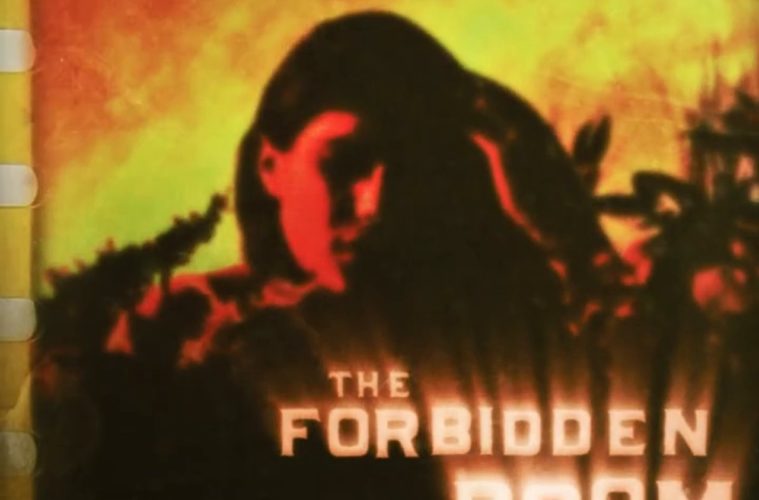 Lacking the accessibility of Guy Maddin’s earlier and most accomplished features, including My Winnipeg and Brand Upon The Brain, one ought to enter The Forbidden Room with caution, like his previous feature Keyhole. While I was left in cinematic awe last year upon screening Godard’s Goodbye to Language (a challenging cinematic essay that offers up no easy answers), I found the experience of The Forbidden Room to unfortunately frustrate to the point of exhaustion, all while admiring the beauty of its quest through silent films, vaudeville, and 50’s drive-in B-movies as a marriage of German expressionism and Soviet Montage. Simultaneously creating and destroying narrative, it lacks the wit of the best Maddin, while freeing him from the ambitious confines of narrative filmmaking that he seemed to tread towards in his pictures such as The Saddest Music in The World, Careful and his brilliant short Night Mayor.

If you are new to the work of Guy Maddin, welcome, but I’d encourage you to start elsewhere and work your way into The Forbidden Room. The experience of his work can be exhilarating and exhausting all at once. While experimental filmmakers layer images and sounds, creating narratives, here Maddin layers narratives upon narratives, along with images, inter-titles and hand-manipulated film, all digitally married. Continually intercutting between sequences, events and locations, the feature returns to an instructional film, How To Take a Bath (performed by Louis Negin), which takes frequent crude turns. Despite the complexity and challenge of the picture, Maddin isn’t above a fart joke or two.

Premiering at Sundance, I learned from the essential press notes that Maddin made the film within public video at studios in Paris and Montreal in conjunction with another project, Séances, an interactive narrative commissioned by the National Film Board of Canada’s digital media initiative. Like a choose your own adventure story, Maddin infuses narrative upon homage, here working with actors taking on multiple roles including Charlotte Rampling, Geraldine Chaplin (daughter of Charlie Chaplin, a fact celebrated in a mid-film montage), Mathieu Amalric, Udo Kier, Maria de Medeiros and Jacques Nolot.

Dense and lacking the playful quality of his more straightforward work, this represents a new multi-narrative direction for Maddin, and a kind of rabbit hole. Working within the art world verses the film world, Maddin’s work, style and influences have a tremendous amount of power applicable to cinema within the space of a gallery installation. Night Mayor, his first collaboration with the NFB, fictionalized the tension between the NFB’s mission and government controls, capturing the inherently cinematic story of an immigrant inventor who dreams of transmitting images made by Canadians to Canadians. The Forbidden Room, upon first viewing, while often brilliant seems to overstay its welcome. A challenging feature representing a new ambition for Maddin, it’s a step forward, a reinvention, and a difficult film to describe and process. I imagine my admiration for it may grow upon future viewings, however I also fear it lacks substance beyond its disjoined narrative. While it mashes up tropes of cinema’s past, its commentary left me underwhelmed.

The Forbidden Room premiered at the Sundance Film Festival and opens on October 7th.