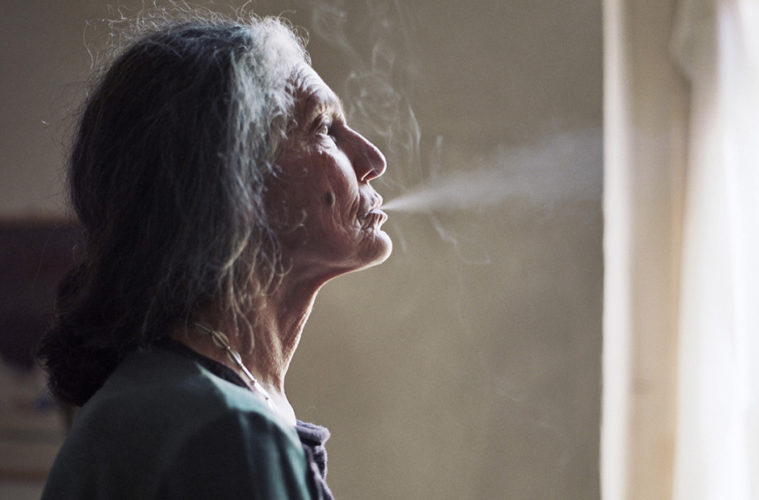 Sundance Review: ‘The Disappearance of My Mother’ is a Tender Portrait of Frustration

When aspiring indie filmmakers first turn their lens on their family, often they’re met with a certain amount of reluctance. For his directorial debut The Disappearance of My Mother, Italian cinematographer Beniamino Barrese captures his mother, Benedetta Barzini, a once-iconic model who left the profession to become an outspoken advocate in the late 1970s. At age 75 she still teaches and is celebrated for her academic work and occasional modeling when invited to London’s Fashion Week.

Opening with a device that’s compelling even if it feels out of place in a mostly observant portrait, director Barrese aims to recreate the essence of his mother with an international set of young models all with Barzini’s signature beauty mark painted on. What begins as an inquiry in the film’s early passages slowly turns into a catharsis as the models read aloud from Barzini’s own writings; a young woman speaking of fame and her desire to disappear as she attempts to fit into the mold of the thin supermodel. The pressure grows unbearable.

This brief device, shot in black and white, is a formal counterbalance to painful sequences in which Barrese pressures and even at times deceives his mother into participating, leaving his camera running when she tells him to drop it. The process and frustration is very much on display as Barzini’s desire to disappear is continually made the subject of her son’s inquiry. This would be a much different film in the hands of another filmmaker without the obsession, connection, and access.

The Disappearance of My Mother emerges as a tender and moving portrait in passages as we jump between various modes, including the performative interpretations of Barzini’s journals; a comprehensive overview of her life as told in archival materials including films, television interviews and photographs; and shotgun vérité in which Barrese struggles to capture the image of his mother’s liberation from her public image. The feat is not quite as impossible as it sounds and the aesthetic of this tension succeeds as the young filmmaker occasionally gets the chance to briefly direct his mother in the film’s later passages.

What seems to be missing is much of the filmmaker’s life story. Despite his confession for this obsessive quest, along with moments of on-screen interaction and some home video footage, the director is almost at times as distant as his subject. The Disappearance of My Mother retains a unique honesty even in its most deceptive moments. It documents its central paradox well as Benedatta Barzini simply wishes to lead a quiet life in academia, having lived a once-glamorous life that left her unfulfilled.

This uncomfortable picture is the furthest thing from a vanity project. It’s a refreshing departure from the kind of (mostly American) documentaries in which a prolific subject collaborates closely with a renowned documentarian to tell their story. The Disappearance of My Mother is a bit too rough around the edges, but it’s as honest as it is persistent.

The Disappearance of My Mother premiered at the Sundance Film Festival and opens on December 6.