Sundance Review: The Cow Who Sang a Song Into the Future Meditatively Examines a Family and Environment in Crisis 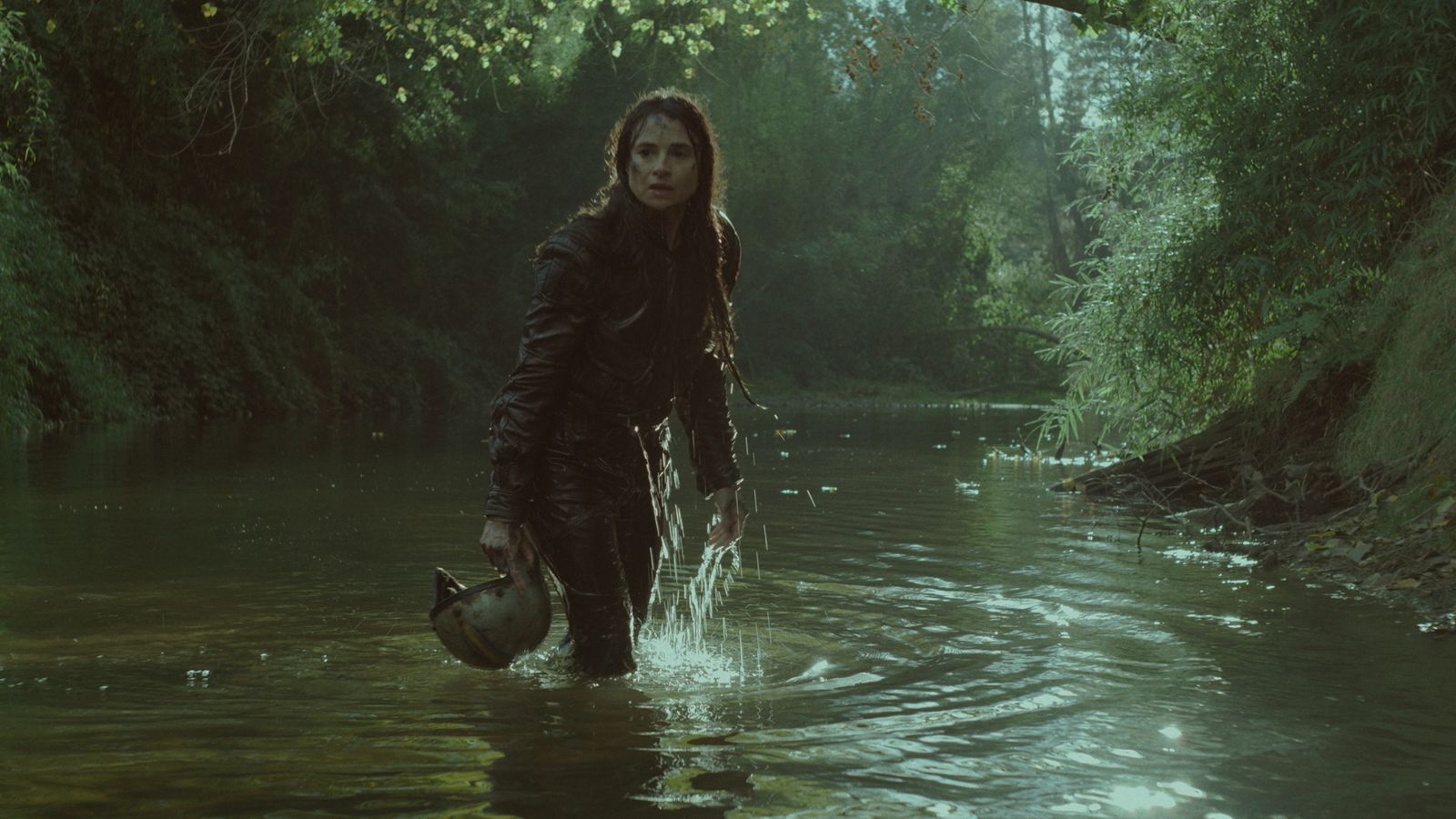 Chilean filmmaker Francisca Alegria’s The Cow Who Sang a Song Into the Future opens on pensive shots of the river and its inhabitants, most of whom are dead. As the dying and already passed fish sing a song of sadness, a woman, motorcycle helmet in tow, rises from the water. She walks aimlessly, hopping on a local bus and appearing outside a story, scaring her ex-husband into enough anxiety to land him in the hospital. The next 90 minutes of Alegria’s meditative drama exist largely in silence or one-sided conversation––people confronting their past like a monster that grows with each passing day.

It follows a straightforward structure: the woman who supposedly committed suicide decades early, Magdalena (Mía Maestro), revisits the members of her family one-by-one, appearing like a waking ghost, a mirror allowing them to reckon with whatever might be on their minds. Without speaking, Magdalena inhabits her family’s property, a dairy farm that has steadily increased its cow population over multiple decades while pollution consumes their community. Some think she’s the shadow of death; others don’t believe she’s real. All have something to say to her, though. The family deals with inner strife as the surrounding wildlife crumbles, an ecological disaster stemming from a local pulp factory leading to overwhelming sensations of decay.

Alegria’s film remains opaque throughout, allowing characters and audience to pick and choose from many possible meanings. Intercutting scenes of humans with video of animals in nature, Alegria creates a blend of the two—an inharmonious marriage where Magdalena seems to occupy the center. She’s a version of Mother Nature, a stand-in for the planet’s and humanity’s joint fragility. The magical realism only heightens as Magdalena drifts through the family and its adjoining town, breathing life and death into the people she passes. She represents more than just their past and current failures. She’s a reflection of every conversation, a freewheeling, glassy symbol of the mortality of every secret, every moment, and every living thing.

Maestro fills Magdalena with intrigue from the first shot, giving a compelling central performance through eye twitches, nose wrinkles, and wry smiles that curl until she becomes unamused. The emotions roll through her as she laughs, cries, and dances her way around this purgatorial pitstop, bringing townspeople with her. Her emotions become an echo, a starting point for those in her vicinity unable to control their impulses, desires, and secrets as they spill out on Magdalena. The rest of the cast are largely up to this task, speaking and acting with urgency despite the slow, steady movements of the woman they believed dead.

Wrapping one’s arms around Alegria’s drama becomes a tall task, needing time and space to allow the film to breathe after its yarn has finished unspooling. The Cow Who Sang a Song Into the Future works after the screen cuts to black and the cows have finished their choral flourishes. The animals stick in one’s mind—Maestro and cinematographer Inti Briones photograph the cows with direct eye contact. These creatures become a point of contention, an indication of our pained present and likely dismal future. They’re eerie, a haunted breed that reverberates through the entirety of Alegria’s film.

This feature debut represents a big swing for the Chilean director, a thoughtful, deliberate drama bursting with ecological and personal imagery. A patient narrative rewarding the patient viewer, Cow‘s an abstract portrait of a family and environment in crisis.

The Cow Who Sang a Song Into the Future premiered at the 2022 Sundance Film Festival.