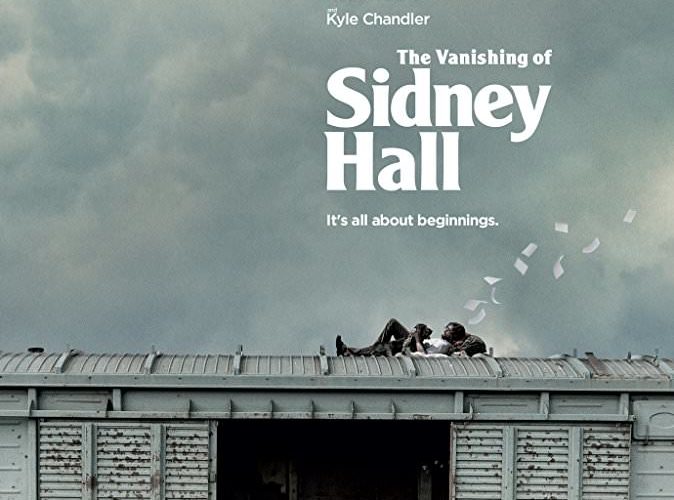 Sometimes a movie just does not have any reason to exist. That would be the case with Shawn Christensen’s misbegotten Sidney Hall, a film which offers a mystery that never feels mysterious, falls so flat one is bewildered as to why and how such a project could even be green lit.

Squandering a fine class of young talent, which includes Logan Lerman and Elle Fanning, the drama is tediously realized on page by screenwriter Jason Dolan and director Shawn Christensen (Before I Disappear), who appears to be game with stylish visual decisions, but can’t find a way to get the audience engaged.

The film begins with its titular character, Sidney (Lerman), reading aloud to the class an essay that ends up being a masturbatory fantasy about a cheerleader. The conservative teacher, who asked for an essay on the meaning of life, is obviously appalled. A particularly questionable decision made by Christensen was to split his film into three stories that deal with four separate parts of his life: high school, college, post-college where he’s become a very successful Salinger-esque novelist, and then in his ’20s as a massively successful novelist battling personal demons, and then finally, his ’30s with a full grown-beard and homeless appearance.

Kyle Chandler shows up in the latter part as a detective trying to answer the mystery that is at the core of this film: What exactly happened to Sidney Hall? Do we care? Of course not. In his high school years, he meets his future wife (as played by Elle Fanning). When older, they get divorced, and, in his downtrodden tramp days, she’s missing and he might be a suspect.

Lerman, coming off a tremendous career-boosting turn in last year’s Sundance entry Indignation, is miscast here as Sidney. The only time he actually looks engaged is when playing the character in high school. In these scenes he is right back to the great roles he had in teen dramas The Perks of Being a Wallflower and James Schamus’ aforementioned directorial debut.

The rest of the cast trues to make the best of their tepid lines. Notable standouts include Nathan Lane as a fast-taking and creative-line tossing literary agent and Margaret Qualley as his seductively beautiful mistress. On the other hand, Fanning, in a crucial role, is out of her range — a real shame considering the exciting last year she’s had in films such as The Neon Demon and 20th Century Women.

Those are two of the nearly dozen characters connected to Sidney, crammed into the film’s three narratives, most of which are underdeveloped and feel like cardboard pawns in search of a better script. This kind of messy mosaic prevents the audience from sympathizing with any of them as the runtime (just under two hours) is too short to cram in a shred of substantial character development.

What makes it even worse is that, essentially, what Christensen tries to create here is a tearjerker: a Scrooge-like tale of isolation and redemption, but what he doesn’t understand is that the best movies of the genre expertly develop their character’s sympathies so that once the tugging of the heart strings occurs, an audience can feel something. There really is none of that here, making Sidney Hall a manipulative mess from start to finish.

Sidney Hall premiered at the Sundance Film Festival and opens on March 2.