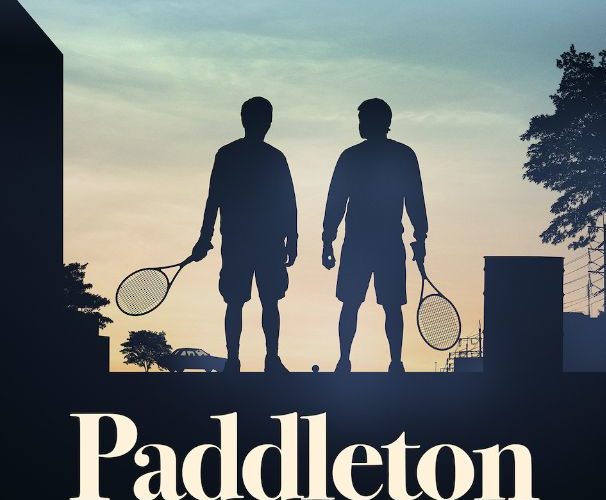 Death stalks every moment of Paddleton, the sophomore directorial effort from Alex Lehmann, who co-writes this script with Mark Duplass, his star here and the co-star of his first film Blue Jay. Michael (Duplass) is dying and there’s nothing he can do about it. He enlists his upstairs neighbor Andy (Ray Romano) to help him enjoy the months left. Not to do anything special, mind you, but rather the things Michael knows he likes: watch their favorite movie Death Punch on loop, make pizza and play Paddleton, a hybrid racketball game of sorts. A shutdown drive-in serves as their court, and the game looks legitimately fun on screen. There’s also a final prescription: a medication Michael can take that will kill him before “things get really bad.” Though Andy’s reluctant with all of it, especially the last part, he listens to his friend.

In line with a fair amount of Duplass’ output, this film is admirable in its simplicity. These are two, middle-aged white men living out their routines with little muss and little fuss. They are strange and awkward and unsure of how exactly to live in the world. Michael and Andy abhor small talk and speak at length about how to avoid it. When this duo’s banter is the front and center, the film pops. The aesthetic sometimes does the opposite, leaving much to be desired. Often there are scenes shrouded in muddy darkness, suggesting a limited lighting budget as opposed to a stylistic choice.

That said, when the camera stays close to Romano all is well. What a capably diverse actor this former sitcom actor has become. He’s the anchor throughout the picture, trying with futility to be loyal while simultaneously trying to convince Michael to attempt survival. “Miracles happen, right,” he offers. The sadness that seeps from his every moment is only underlined by some brilliant moments of comedy, which feel unrehearsed.

Duplass, sporting one heck of a mustache, has a kind demeanor that’s allowed his villains an extra level of terror (see Amazon’s Goliath) and his heroes an extra level of pathos. He’s lethargic here, for obvious reasons of course, and one wishes “less is more” was the saying that came to mind. Despite a few key emotional moments, there’s not enough in the performance to fully engage from beginning to end.

That no grand themes or conclusions come out of Paddleton feel in line with Duplass and Lehmann’s intentions. Life is a slog. If you like frozen pizza, eat frozen pizza.

Paddleton premiered at the Sundance Film Festival and opens on February 22.