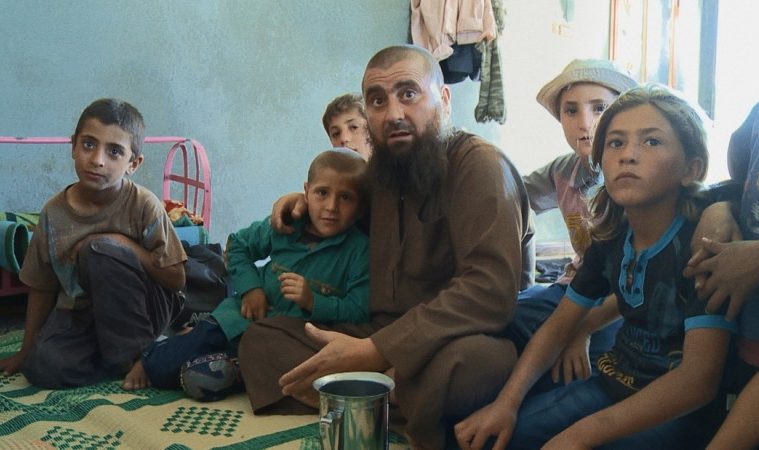 Sundance Review: ‘Of Fathers and Sons’ is a Chilling Look at Extremism

Several years after going to his native Syria in the midst of war in The Return to Homs, director Talal Derki does it again, this time infiltrating the Islamic State by posing as a friendly journalist. He spent two years embedded with Jabhat al-Nusra (al-Qaeda in Syria, essentially) soldier Abu Osama and his family. The unique venture has produced a chilling look at extremism on its home front.

The landscape of Northern Syria in Of Fathers and Sons is apocalyptic. Children play among hollowed-out tanks and burned houses. Or rather, boys play. They throw rocks at any girl who dares to step outside a house. In this environment, “normal” idiotic young male behavior like building makeshift bottle bombs or slap-fighting on the schoolyard takes on a foreboding tone. The suggestion is that in a world of unbridled masculine rule and indulgence, these are the behaviors that will twist into jihad. That’s precisely what the adults around them hope for, since the songs are of martyrdom, the school lessons are only about the Koran, and Osama jokes about shooting a two-year-old girl who doesn’t wear a hijab.

While the film crew occasionally accompanies Osama to disarm bombs or snipe at distant enemies, violence remains mainly in the distance throughout the film. A tremendous, gory turn about halfway through the running time takes place offscreen. It’s also at this point that the boys we’re following, including some of Osama’s sons, begin their military training. Few of them appear to have reached puberty, but they’re going through drills and having live rounds fired inches from their heads. It’s ghastly.

Yet while such immediately ugly images are easy attention-grabbers, it’s all the ways in which Osama and his sons are mundane and familiar which truly disturb. He has in many ways a quite loving relationship with them, playing with his toddler adorably and comforting them when they’re distraught over him getting a serious injury. And then he barks at his wife to stop crying or he’ll “bring the roof down on her.” The film couldn’t be accused of doing to much to “humanize” the jihadists, even though in my opinion, demonstrating that the monsters we fear are in fact human is a potent reminder of the potential for evil we all carry.

The documentary is filmed and edited in a vérité style that’s at odds with its annoyingly persistent soundtrack, which insists on unnecessarily bolding and underlining every sad or scary incident. Besides this, Derki is good at letting the material speak for itself, condensing a maddeningly complex conflict into a single raw experience. Of Fathers and Sons is a vital addition to the cultural picture of the Syrian conflict.

Of Fathers and Sons premiered at the Sundance Film Festival and opens on November 16.