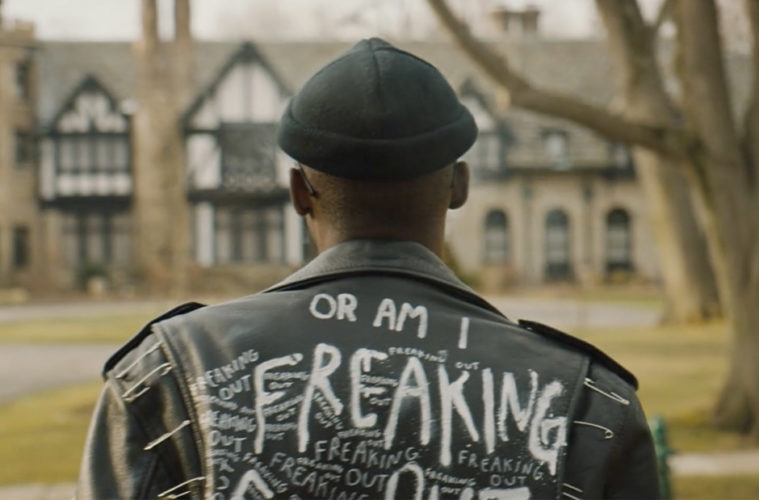 In Native Son—artist Rashid Johnson’s feature film debut and adaptation of the 1940 Richard Wright novel of the same name—Moonlight’s Ashton Sanders finds himself once again in a similarly complex, utterly electrifying coming-of-age triptych. Fortunately, in this 2019 Sundance highlight, Sanders is given a canvas all his own: one that’s spacious enough for him to fully let loose and create that rare sort of character that feels like a force of nature.

Sanders plays Bigger Thomas, a young Chicagoan who walks, works, and lives with a gangly unpredictability: he rocks green hair, streetwear adorned with punk scene messaging, and isn’t shy about his deep appreciation of classical music. He’s deemed a “wild card” by girlfriend Bessie (KiKi Layne), a hardworking student who sees the best in Bigger, but the summation of her partner is a damning one.

At the top of the film, we see Bigger in his bedroom, waking up and placing his pistol atop a book—an image that immediately raises the stakes and adds a visual parallel to Native Son as a work of social protest. A beat or two later, Bigger steps in front of his tri-panel bathroom mirror, and here Johnson presents us with three versions of the same man we come to understand in Native Son’s three distinct chapters: “Fate,” “Fear,” and “Flight,” segments that, while not identical in narrative, reflect the structure of the source novel.

Fate, fear, flight: these words are loaded with promise and pitfall, but Bigger’s trajectory is almost predetermined by racist expectations of black youth in America. There are, in many ways, always targets on Bigger’s back, but his drive has him determined to evade them.

Taking matters into his own hands, Bigger’s “fate” soon sees him choosing between two very different job offers: a calculated robbery that friends of his have all planned out, or a well-paid position as a staff driver to wealthy Mr. Dalton (Bill Camp) and heiress daughter Mary (Margaret Qualley), provided Bigger lives in their estate home full time.

His decision to take the chauffeur gig sets alight a series of events that vary from funny to disturbing, and screenwriter Suzan-Lori Parks’ modern update unfolds with uncommon wit, lived-in believability, and acknowledges some of the biggest social issues of our time (political unrest, race relations in America, and police violence, to name just three).

Combined with Sanders’ moody swagger and Johnson’s inspired visual aesthetics (witness unblinking time-lapse sequences that burn with contemplative frustration), this script expands into something truly special. It may have moments where it feels unwieldy—like a runaway train gone off its tracks—but it never flags for one second. A movie this bold doesn’t dare lose momentum.