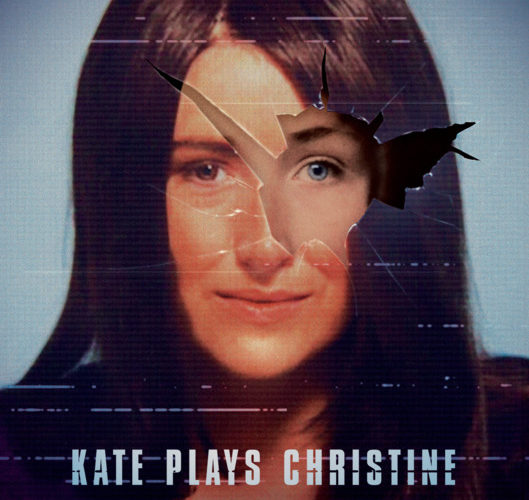 Actors put themselves in others’ skins — or they put others’ heads inside their own. Television journalists adopt a persona and try to deliver important information. Women erect calculated fronts to navigate environments not built for them. Many people suffering mental illness do their best to maintain a semblance of “nothing’s wrong.” Film directors orchestrate elaborate works of emotional manipulation. Documentary film directors do so with factual material. Such performances often overlap in the course of life and work; all of them intersect in Kate Plays Christine.

The Kate in question is actor Kate Lyn Sheil, whose work in independent film has earned plaudits in recent years. The Christine in question is Christine Chubbuck, a Florida news reporter who shot herself in the head on live television in 1974. (She’s the subject of a fiction feature that’s also playing at Sundance this year.) This documentary investigates Chubbuck’s life and the possible motivations for her death via Sheil preparing to portray her in a film. Despite the unprecedented, shocking, and almost unique manner of her death, details about Chubbuck prove frustratingly difficult to uncover. No footage of her suicide is publicly available — in fact, much to Sheil’s chagrin, uncovering any footage of Chubbuck at work proves difficult. Almost no one living in Sarasota, where she worked and died, knows about her, much less remembers seeing the fateful broadcast. Her surviving family is inaccessible, and it’s a long time before Sheil tracks down some former co-workers. A local historian talks of how we die once when we take our last breath and again when someone says our name for the last time. Despite much posthumous theorizing, Chubbuck is only more opaque as the years pass.

This poses a challenge for Sheil, who wants to treat her role with respect and empathy. But in attempting to capture Chubbuck’s character, she appears not to turn into someone else but to become less of anyone. Lacking tangible details about the woman’s life, Sheil instead begins to resemble the popular idea of Chubbuck, which is mostly a cipher. The light leaves her eyes in multiple ways when she inserts colored contacts to turn them brown. As she visits places where her character once stood, they grow increasingly desolate (e.g. an abandoned family home) and even hostile (e.g. a cold beach with a raging thunderstorm approaching). The seeming impossibility of understanding another human being creates a void of meaning into which Sheil spirals.

That’s what’s presented on screen, at least. The movie holds no pretense that it’s the truth of Sheil’s journey. Writer-director Robert Greene (most recently of Actress) feels no compunction against using artificiality to unpack reality. When Sheil, who professes to being a poor swimmer, goes for a swim to supposedly try to understand Chubbuck, who swam prolifically, her wig comes off multiple times. Greene lets the audience hear his instruction to her to let the wig sink for just so much time before she retrieves it. The film in which Sheil is participating is not real; the scenes she and other actors perform only exist for this documentary. How much of her emotional descent is genuine, and how much is in fact her actual performance as Christine?

It is both unclear and beside the point. This is how Greene and Sheil approach Christine Chubbuck: not through a Frontline-style investigation replete with interviews and expert testimony and talking heads and Ken Burns-effected photographs, but through a story built around a story. They create a narrative with a resolution to encapsulate an ungraspable person and an event that raises questions which have no satisfactory answer. In spreading layers of fiction over layers of fact, Kate Plays Christine navigates the myriad shows every person affects for whatever reason they have to do so. One result of this is the impenetrable divisions between people — and this is the most concrete insight the film can establish about Chubbuck and her lonely sadness.

All of this comes to a head in an extraordinary final sequence. Among many other smart choices, Greene and his crew have constructed this movie like a horror picture, the cinematography focusing on isolation, the sound mix emphasizing harsh tones, and the music relentlessly eerie. Throughout the story, a question lingers of whether the filmmakers will recreate Chubbuck’s suicide. Would it be appropriate, either morally or artistically? The tension extruded by Sheil’s journey comes to a head when it’s time for this shoot, pun intended and unapologized for. Never before have multiple takes of a shot been so agonizing. The resolution is brilliant, finally folding the audience itself into the film’s questioning of just what it is that makes Chubbuck’s story so compelling.

Before shooting herself, Chubbuck announced to the camera, “In keeping with Channel 40’s policy of bringing you the latest in ‘blood and guts,’ and in living color, you are going to see another first — attempted suicide.” One of her many frustrations in life was her profession’s obsession with sensationalism. Our culture has only grown worse in the decades since. Often, we see violence but not people. We do not see Christine Chubbuck — only the violence she acted upon herself. Kate Plays Christine tries to see her. Whether it succeeds is a matter of debate — and, again, not truly the point. As an exploration of identity as it is felt, projected, and interpreted, this is masterful.

Kate Plays Christine premiered at the 2016 Sundance Film Festival and will begin its U.S. theatrical run on August 24.