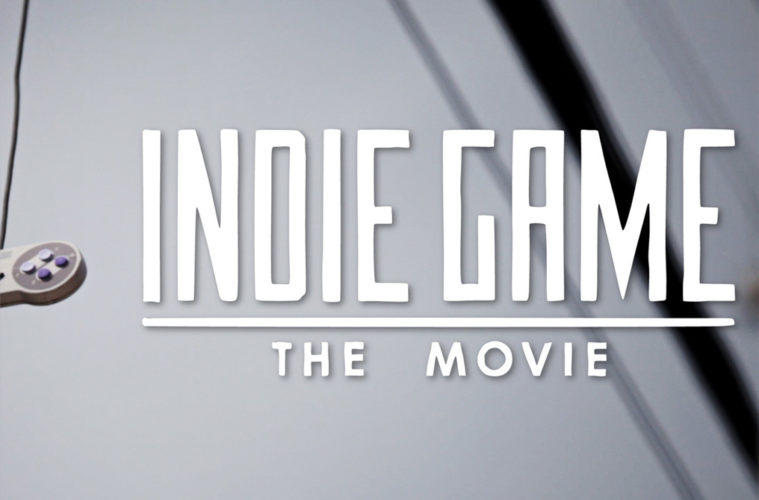 Of all the artistic mediums, video games are perhaps the most misunderstood by the general populous. This is primarily due to the fact that it’s an art form still in its infancy, while also a powerful cultural phenomena. Similar to how Hollywood has monetized the film industry, large studios have done the same with games, dumping loads of cash into mass appeal experiences that while extremely polished, can sometimes feel heartlessly designed for a quick profit. But just as independent filmmakers passionate for their craft try to fill the mainstream entertainment void with unique personal stories, indie game developers are also creating provocative interactive media infused with their own special brand of quirkiness. In Indie Game: The Movie first-time filmmaking duo Lisanne Pajot and James Swirsky document this new breed of struggling artists who refuse to compromise on their personalized creative visions. The filmmakers smartly intertwine three narrative threads of game developers in a trio of different stages in the creative process.

Edmund McMillen and programmer Tommy Refenes are days away from releasing their labor of love Super Meat Boy, a project they’ve spent over three years developing for the Xbox platform. Jonathan Blow is a indie developer who holds the title for the most successful independent game with the time bending Braid and waxes philosophical about the double edged nature of his success. Lastly is Phil Fish whose 3D cubist game Fez is in development limbo, having won an award early on but now is plagued with problems getting it into gamers hands. Devoting countless nights to caffeinated coding sessions, these indie developers pour their heart and soul into perfecting not just the gameplay experience but the overall emotional connection they hope people will have. It’s proof positive of the dedication these artists (and yes, they are artists) have for their craft, devoting their entire being into distorted pixelated representations for people to enjoy.

Jonathan Blow makes a formidable statement about this unique medium of entertainment, describing the flaws of indie games as reflections of their creators soul. It’s this special combination of passion and human characteristics embedded in these games that makes them so special.

As for the filmmaking technique behind Indie Game: The Movie, it’s surprisingly mature in its approach for a pair of first time filmmakers who raised all the funding via crowd-sourced website Kickstarter. The cinematography is gorgeous, creating alien atmospheres from computer screens, video game levels and the real world environments that surround the characters. The soundtrack is a mix of 8-bit electronic music that appropriately fits the video game milieu.

Repeating thematic details for the sake of tension by the last act, the one major criticism that can be handed to this documentary is some more trimming could turn this into a finer product. Though it may not be the most buzzed film at the festival, it will surely resonate and be revered by the gaming community, who may be shocked by the amount of work and dedication it takes to bring these special experiences to life.