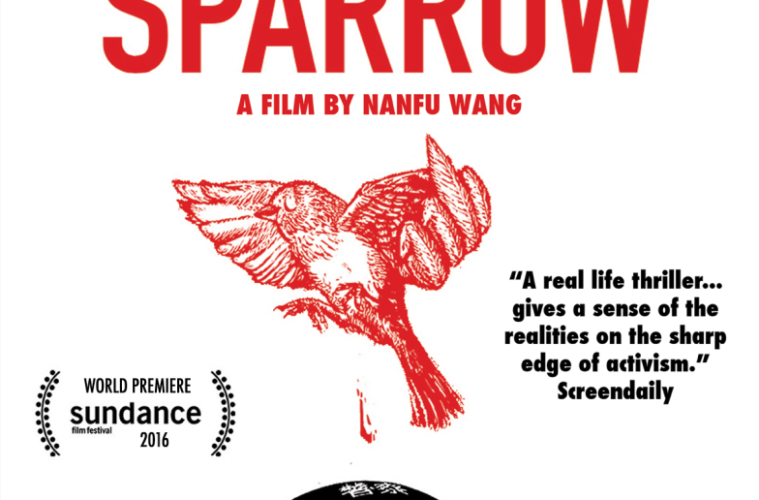 Socially disruptive activism is a risky practice no matter what the country. But in China — where anybody on the street could be a government spy, one can be jailed for a prolonged period with little or no justification, and dissidents fear “committing suicide” in prison — taking to the street with a sign and a megaphone is a particularly fearsome prospect. This doesn’t stop Ye Haiyan, aka “Hooligan Sparrow,” a women’s rights activist with a downright cheeky sensibility. When protesting the non-punishment of a school principal who sexually abused six of his female students, she held up a sign reading, “School director, take a room with me instead. Leave the children alone.” And then her home was broken into by brothel owners whom she’d pissed off, and somehow she ended up being the one arrested.

Hooligan Sparrow is soaked in paranoia. It begins with director Nanfu Wang cornered on the street by men threatening to smash her camera before rewinding to the beginning of her time spent following Ye. Many nonfiction directors make themselves a part of their stories either out of vanity or artistic exploration. Wang seems almost unwillingly dragged into it, as the mere act of observing political rabble-rousers causes the state to mark her as an accomplice, so she presents for the camera how she’s hidden a recorder on her person prior to being interviewed by police, and we then hear her tell them bald-faced lies about how well she knows Ye.

Wang builds second-guessing into the movie itself. Just as it starts somewhere in the middle before rewinding, we repeatedly get to peruse previously seen footage for what might have been missed — possible government agents or other enemies. In some cases, the results are surprising. After talking to a man who claims to have been inspired by Ye’s group, Wang combs through her archive and spots him interacting with them at an earlier protest.

Such little victories are the only ones it seems Ye can optimistically hope for. Her group’s campaign against the corrupt principal precipitates an ugly domino effect of misfortune which ultimately sees her and her teenage daughter kicked out of their home, their possessions all strewn on the wayside. Hooligan Sparrow struggles with the entrenchment of injustice both thematically and narratively, as it can’t quite find a way to cohere its story beyond sticking to the time Wang was with Ye. But that doesn’t diminish the courage of either filmmaker or subject, both of whom we can expect (or at least hope) will keep doing good in the future.

Hooligan Sparrow premiered at the 2016 Sundance Film Festival and opens on July 22.