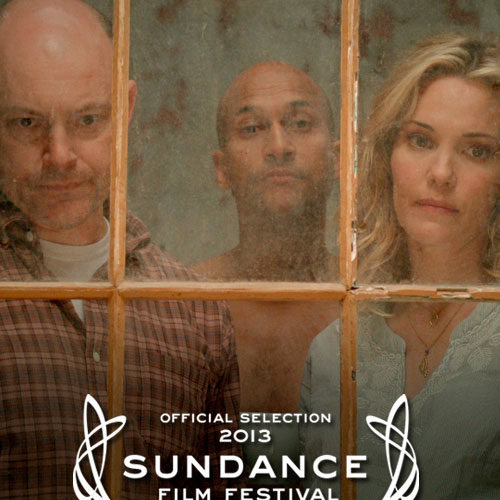 With its title and talent, one can at least establish some expectations for the experience that is Hell Baby, the latest absurd, idiotic and mostly hilarious film from Reno 911! creators Robert Ben Garant and Thomas Lennon. Taking a stab at horror, the duo have recruited some of their top comedian buddies to go along for the ride, and while it could use some trimming, there’s enough over-the-top, seemingly improvised fun to make it worth a viewing — one preferably late at night with some close friends.

Set in New Orleans, clearly for budgetary reasons, the married couple of Jack (Rob Corddry) and Vanessa (Leslie Bibb) are looking to expand their living situation as their first child is on the way. Instead of resorting to a decent-sized home, they take chance on a dilapidated mansion in a rough area. Doomed from the start, they learn that this house is a cursed on the inside as it is on the outside. As they run in to seemingly evil old ladies, devilish creatures and more, Vanessa begins to be taken over by a demonic force and things violently, hysterically spiral out of control. Meanwhile, on the other side of the world, our directors take the form of Vatican’s exorcism team and after getting wind of the mishaps occurring in America, venture on over. Instead of what could have been a horribly executed, unfunny parody of Paranormal Activity and other horror films of its ilk (cough cough), the writer/directors inject their own brand of wildly ridiculous laughs. Easily the top performer here is Keegan Michael Key, who plays an oblivious neighbor that welcomes himself into the home and specifically crawl space of our leads. His comedic delivery is pitch-perfect in every scene and whenever he wasn’t on screen, I was yearning for his return.

Considering how much Lennon and Garant throw on the screen, unfortunately not every gag hits home. While they effectively balance the horror and comedic elements (with the former ramping up heavily in the third act), the film could have easily used a 10 to 15 minute trim, especially when it comes to a subplot involving Vanessa’s sister (Riki Lindhome). While she’s a proven funny performer, her role is quite limited and feels forced into the film. Overall, Hell Baby is an occasionally riotus, often funny, cheap comedy that is well worth checking out, particularly on a late night during its inevitable VOD release.