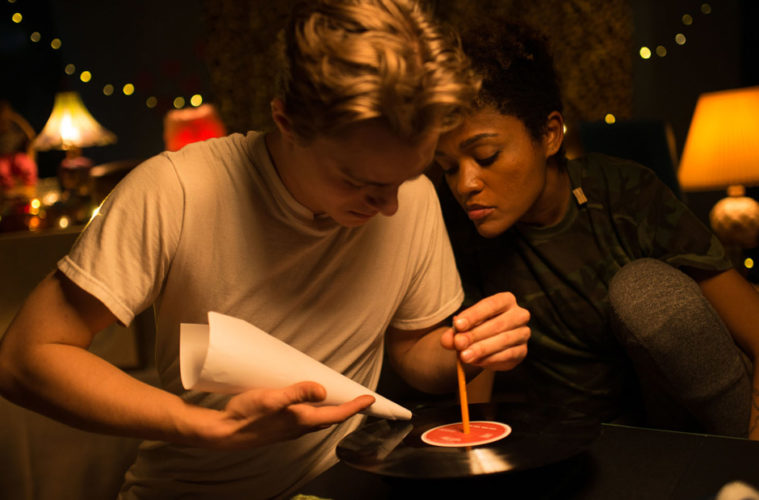 Sundance Review: ‘Give Me Liberty’ is a Frenetic One-Day Adventure that Loses Momentum

If it wasn’t Vin Diesel behind the Fast & the Furious franchise, but rather a second-generation Russian-American living in a frigid Wisconsin, and if our protagonist’s goal wasn’t a victorious street race or bank heist, but rather dropping off handicapped people to their destination and his relatives to a funeral, you might have something like Give Me Liberty. A kinetic, comedic journey taking place over a day, Kirill Mikhanovsky’s film is a bit too needlessly frenzy as it eventually runs out of steam, but is potent in its exploration of shared cross-cultural experiences.

Vic (Chris Galust, who is reminiscent of a young Leonardo DiCaprio with shades of Dane DeHaan) lives a busy life in Milwaukee, taking care of his senile grandfather, who has a hazardous obsession with cooking chicken. On this particular day, not only does he need to get him out the door for his aunt’s funeral, but he also needs to make his regular stops to pick up his clients. To make matters more difficult, his many relatives (all living in the same apartment building) need a ride to the funeral. And to make matters even more complicated, there’s a protest against police brutality after a cop killed someone in the predominantly African American neighborhood that Vic must navigate through en route to his multiple destinations.

Along the way, he careens through streets as his relative spill their pills and smear lipstick. They belt out the spiritual songs of Paul Robeson while one of his clients, a disabled woman, sings Elvis Presley’s Rock Around The Clock, blending into a cacophony of noise. Through the delays, an exasperated Vic tells dispatch he’s always “10-15 minutes away, tops.” Another filmmaker might have found some dour social realist approach in portraying the down-trodden members of these often-neglected but spirited communities. Instead, Mikhanovsky often plays their obstacles for amusement, laughing along with the characters. There’s a jar-opening gag that would make Larry David proud and when our group (spoilers!) finally do arrive at the funeral, a bit of amusing confusion comes into play.

Among the film’s best moments is Vic’s hard-won friendship with one of his clients Tracy (Lauren “Lolo” Spencer), a black woman suffering from ALS and wheelchair-bound. After hurling insults at each other back and forth, they find a connection as Vic creates a makeshift record player, playing Wisconsin’s own Bon Iver, whose Holocene is the backdrop of an emotional scene later in the film. This scene is after an unexpected shift in form and tone that should have more of a timely impact but exhaustion sets in far before then.

Directed with the kind of immediacy and naturalism the Safdies bring to their work, with an added level of cultural specificity into this insular Russian community, Give Me Liberty is an impressive calling card even if it over-extends with rambling chaos amongst its overloaded cast of characters. As he explores the resistance of assimilation and how vastly different cultures can have a shared bond, Mikhanovsky has a unique voice, but hopefully it’s better honed in his next film.

Give Me Liberty premiered at the Sundance Film Festival and opens on August 23.