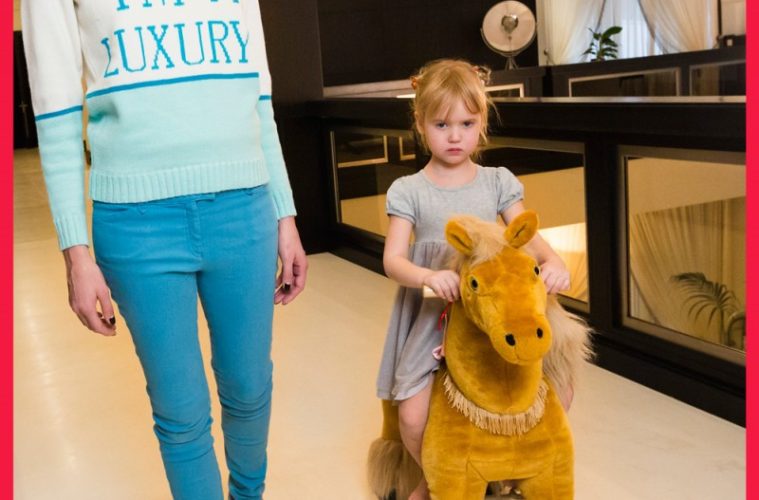 Photographer Lauren Greenfield started her career documenting native tribes, but soon found a different focus, one which would occupy her for the next 25 years. She applied her anthropological lens to the wealthy and privileged, and has been doing variations on that idea ever since, with photo series on Hollywood youths, women’s body issues, conspicuous consumption, new money in China and Europe, and more. Greenfield then compiled these series into a retrospective, Generation Wealth, both as a book and an exhibition which began touring last year. Generation Wealth the documentary is a companion of sorts to the book and exhibition, chronicling both Greenfield’s development over her career and how her subjects have been affected by gaining, having, spending, and/or losing so much money.

The results are, predictably, both infuriating for the extreme societal inequality these people embody and depressing for all the ways their money has failed to give them any lasting satisfaction. From the former hedge fund manager turned fugitive to the flash-in-the-‘90s-pan rapper to the onetime porn star, we see clear patterns of status and power acting as a drug, driving people to seek more until they hit some kind of crash. Greenfield has also explored how the have-nots in American culture seek to emulate the haves, with stories like a man known solely for pretending to be famous (and having the Guinness World Record for longest limousine) and a woman who went into life-ruining debt to get plastic surgery. Talking head Chris Hedges testifies that this is the logical endpoint of runaway capitalism, that hedonism and obsession with status signifiers has replaced traditional values and work ethic.

I would argue that there’s nothing wrong with hedonism in itself, and that many of these stories ably demonstrate what happens when there are no controls on wealth, but to each their own. Some of the film dips perilously close to Hot Girls Wanted territory of pathologizing behavior without a necessary harm, particularly sex work. Notably, while it would make sense that a movie about wealth naturally mostly features white people, the big example we see of black have-nots emulating the wealthy is about strip clubs, in a sequence which features mostly the male proprietors of an Atlanta club talking about how degrading it all is while the film ogles naked dancers collecting bills from the floor.

I went to the Generation Wealth exhibit when it was at the Annenberg Space for Photography in LA last year, and found it a far more intriguing and expansive survey than what the film presents of Greenfield’s work. The movie version’s emphasis on the emotional journeys of the subjects clashes with Greenfield’s more reserved, detached photographical gaze. This also means that it leads more toward wealthy characters, whereas the exhibition had much more space devoted to the tangible impacts of cultural wealth obsession, such as rows of foreclosed houses in the aftermath of the 2008 crash (seen only briefly here). The movie also suffers for having so much of Greenfield in it. She tries to tie events in her own life to those of her subjects, but that parallel never feels convincing, and these scenes balloon the film to an unwieldy near two hours. Greenfield’s earlier documentaries, such as Thin and The Queen of Versailles, serve as better explorations of the topics this somewhat shapeless movie presents.