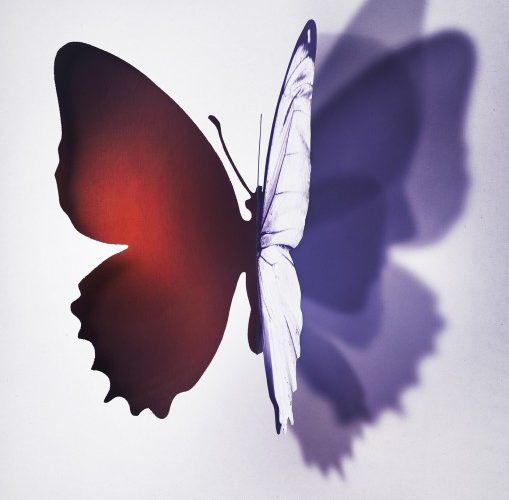 Armed with two top-notch leads and a compelling premise, Joshua Marston‘s third feature, Complete Unknown, spends a lot of time hinting at which direction it will go, without going anywhere at all.

Tom (Michael Shannon) is living with his wife Rehema (Azita Ghanizada) in New York City, spending the majority of his days drafting agricultural policy emails in a cramped government office. It is the night of his birthday party, and tensions are high. Rehema’s got an employment opportunity across the country, and the pressure for Tom to move is strenuous, no thanks to his obnoxious co-worker Clyde (Michael Chernus), who has come to the party with a friend named Alice (Rachel Weisz).

Before long, Tom’s looking at Alice as though he knows her. At the opening of the film, we’re shown Weisz’s mysterious character in several different roles. She’s a performer in Japan; a hipster in Portland; a scientist in Tasmania, to name just a few. When she shows up at Tom’s birthday party, he claims to know her as Jenny, an ex-girlfriend from college.

For a moment, the question of ‘is she or isn’t she?’ works well. Weisz is as beautiful and enigmatic as anyone, and Shannon’s inherent strangeness keeps thing both light and constricted. His Tom is a bit of a bumbler, not comfortable as the center of attention, especially with a past lover in the same room as his wife.

The mystery resolves itself quickly and a string of convoluted set-ups force Tom and Jenny to walk together through New York getting to re-know each other after years apart. Unfortunately, it appears there is not much to know. Despite her introduction as a potential human chameleon, Jenny never gets specific about her process. Tom asks the same questions over and over, and her answers remain the same.

Marston is an incredibly talented filmmaker and there are things here to admire. As lensed by Christos Voudouris (Before Midnight), New York City feels dark and peculiar and lovely. The filmmakers do well building up a tone of otherness, as if Jenny is an alien just visiting.

There’s an inspired extended scene in which Tom and Jenny encounter an old married couple (Kathy Bates and Danny Glover) and have some somewhat mean-spirited fun pretending to be the exact doctors the couple needs. Watching Tom finally crack a smile, looking at Jenny, it suggests a former chemistry between the two that never fully blossoms.

Tom’s desire to escape briefly sparks a final act that ultimately falters, begging one to question why Jenny came back in the first place. Sometimes it’s better to leave well enough alone.

Complete Unknown premiered at the 2016 Sundance Film Festival and opens on August 26.